The waiting game is over, the vetting process has been completed, and we are able to confirm who has - and has not - gained an entry in the 2018 Salomon Glen Coe Skyline®.

To ensure that we don't waste precious spaces for this race, we now have a waiting list in operation for the 2018 race - join the queue now!

2018 will be the 4th edition of this epic and iconic mountain race, and this year we have accepted 67% of the applications. This means we have turned down 33% of the applications, which is almost identical to the statistics for the previous editions of the race:

A number of elite entry slots are being held back for the International Skyrunning Federation's (ISF) nominated athletes, and of course Salomon are again sending a very strong international team including defending champions Kilian Jornet and Emelie Forsberg. Although the elite runners from the ISF and Salomon do not yet appear on the entry list, they are included in our calculation for the total number of entries. It is our intention to have less than 300 competitors, and therefore the 2018 race is sold out and it was not necessary after vetting to hold a ballot for the non-elite entries. For the record, even the elite runners are subject to the same vetting procedure.

With three days of Skyrunning World Championships races before the 2018 edition of the Salomon Glen Coe Skyline® we are expecting the atmosphere to be electric when the runners toe the line for one of the world's greatest technical mountain races this September. Welcome to Skyline Scotland™. 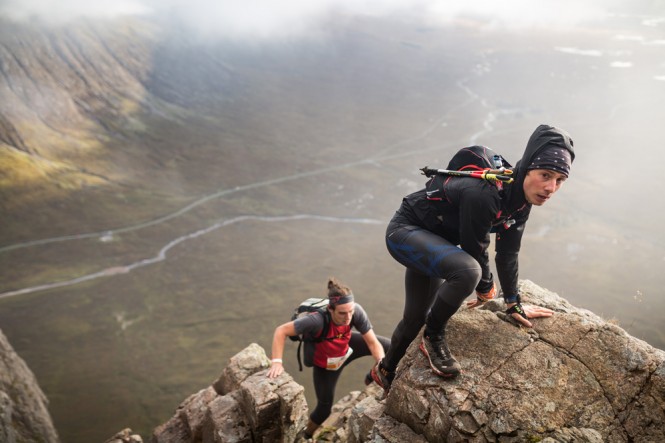 Successful Applications
If your application has been successful you will have received an email from us via SI Entries inviting you to pay and confirm your place. This invitation must be accepted within the indicated 7 day period else it will be passed to someone on the waiting list.

Unsuccessful Applications
If your application has been unsuccessful you will have received an email from us via SI Entries explaining what your options are.

Didn't submit an entry yet?
To ensure that we don't waste precious spaces for this race, we now have a waiting list in operation for the 2018 race - join the queue now!