For the first time, the UK is among several other countries offering this innovative competition format. The series will host four races across England, Scotland and Wales.

The Golden Trail National Series (a derivative of the Golden Trail World Series), aims to bring the strongest and most ambitious runners of off-road racing into a single national "super circuit". Through its original formula, the Golden Trail National Series gives participants the opportunity to confront themselves at a "local" level with many of the national and international athletes of trail running and skyrunnning, with the 10 strongest to be offered a place at the GTNS UK final for a chance to then be invited to participate in the Grand Finale (Azores Islands) of the European GTNS.

The countries who are also hosting their own GTNS for the 2020 season are France, Spain, the Czech Republic, Slovakia, Italy, and the UK.

The 4 races in the series of the "Golden Trail National Series" UK in 2020 consist of:

Athletes will need to compete in at least 2 of the 3 qualifying events and the final to be able to gain their series points total with the top 10 men and women receiving an invite to the UK Final. The champions of the Golden Trail National Series UK 2020 will be those who have achieved the highest scores with their best 2 results, plus the final – the Ring of Steall.

An exciting development this year for the Golden Trail National Series 2020 will be that the top 3 men and women of the GTNS UK general classification will receive their ticket for the GTNS Grand Finale: Azores Trail Run, the volcano trail, on November 1st 2020, including travel and accommodation. The top 3 from this race will then be invited to compete on the world stage in the Golden Trail World Series in 2021. 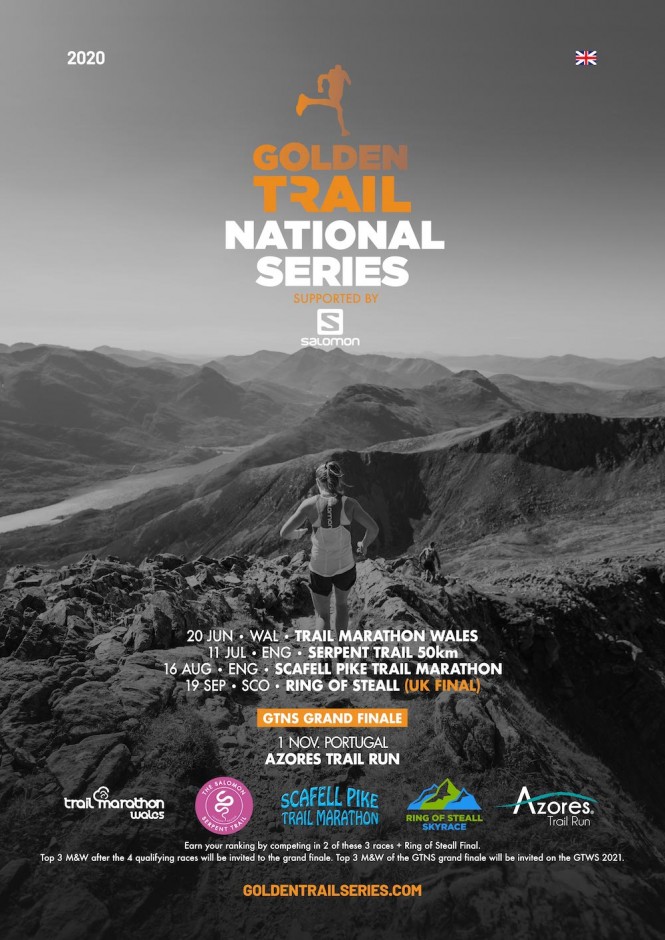