The winning male and female in the Salomon Ben Nevis Ultra™ 2021 were both thrilled and surprised at the finish line in Kinlochleven today.

Alan Hilley, who has only started running in the mountains in the last year, said: “It’s insane."

The 34-year-old from Glasgow, who now lives in Newcastle upon Tyne, added: “I can’t believe it. I never imagined I would be on the podium."

The first female Anwen Darlington said: “It feels incredible. It is fantastic. I am actually buzzing."

Alan described the course as tough. He said: "At the beginning of the race I was feeling good but then about halfway it felt like I had someone else’s legs. The big climb up to the Ring of Steall was so punishing.

“Coming down to Kinlochleven I glanced behind and saw another runner and knew I needed to get my skates on. All the volunteers were amazing, too."

At the start of the race Anwen had enjoyed a bit of a cat-and-mouse competition with runner up Helen Fallas.

Anwen, a 30-year-old Welsh athlete, who lives in Dundee, said: "Helen was ahead of me at the start and I let her go because I wanted to settle into the race. We then ran together for a while.

"But then I started to feel really good, especially over the rocky sections and I got my head down and just kept going.

"I have never been on the Càrn Mòr Dearg arête to Ben Nevis . I was worried about because it was so wet. But once you are up there it is so incredible. I was blown away by the whole course."

Anwen, who was fifth in the Montane Dragon’s Back Race® a couple of years ago, said: "I wasn't really sure where I was for a lot of the race. I thought I was being caught on the climb to Ring of Steall later on and I thought, 'I just need to keep moving and not stop.'

"On the final descent it was wet and slippery and I just kept hoping I wouldn’t fall over – and I knew if I could do that I’d be first.

"I have never won anything like this before and it is fantastic. The support has also been fantastic." 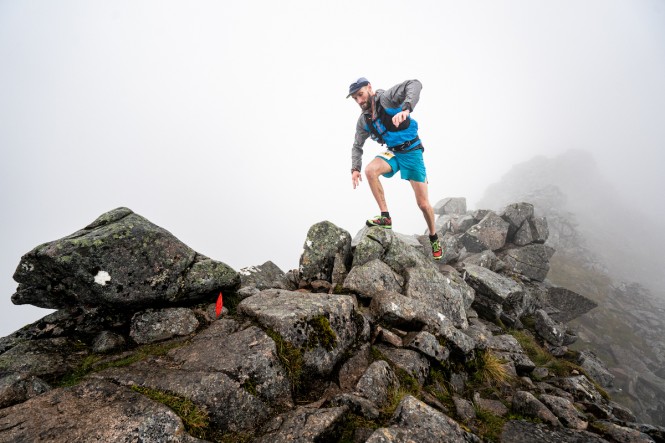 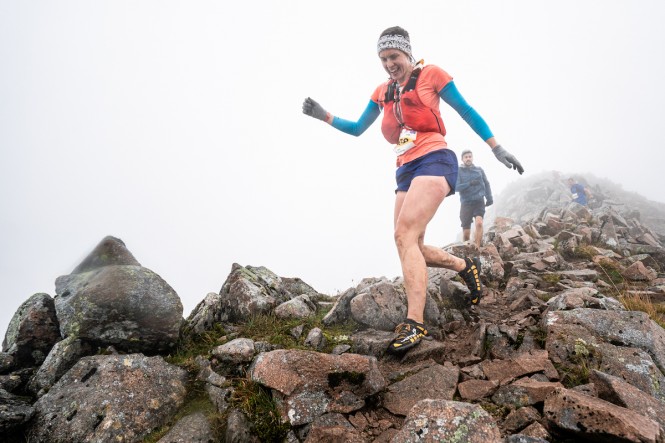 Andrew, 41, a Carnethy Hill Runner from Edinburgh, said: "I didn't really see Alan all day. I actually though he was 10 minutes ahead. It was muddy today, especially on the descents.

"To be honest, I smashed my watch on Ben Nevis when I tripped and I had no idea of the time and I was just running along enjoying myself.

"I did have a bit of a tussle with the runner in third place but really it was a great race."

"It was great to see all the people on the tops and encouraging us and sitting there in the rain. It must be hard for them." 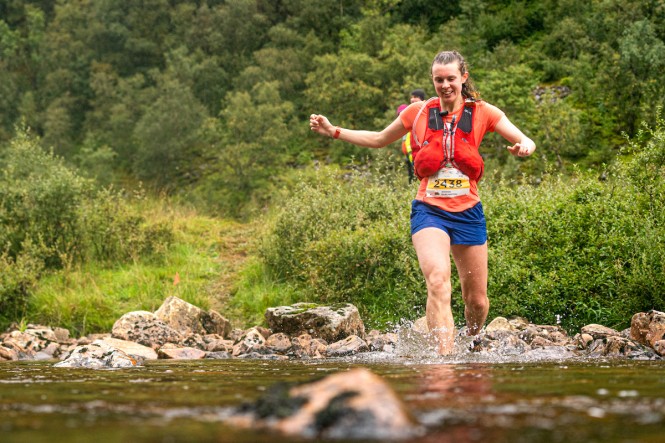 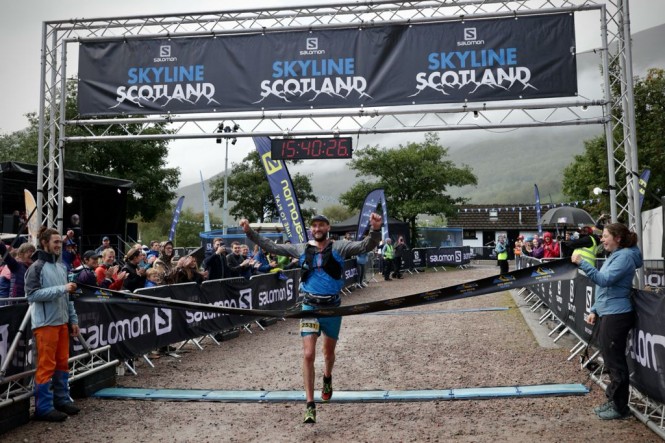 While her husband was winning the Salomon Glen Coe Skyline®, Helen Fallas was running into second place in the Salomon Ben Nevis Ultra™. She finished in 09:11:22, some 24 minutes behind first female, Anwen, who was 10th overall. 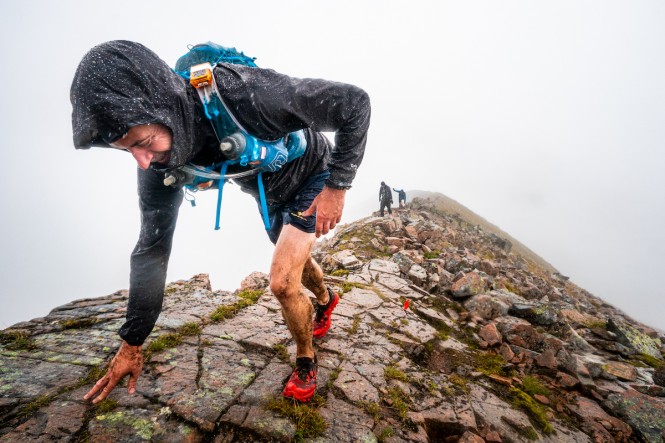 ​Conditions were tough in the mountains today. © Steve Ashworth

What is the Salomon Ben Nevis Ultra™?

In keeping with the ethos of the Salomon Skyline Scotland® races, Salomon Ben Nevis Ultra™is very challenging skyrunning race. The course of 52km with 4000m of ascent takes in a wide variety of terrain, including  trails, singletrack, river crossings and high mountain passes.

Runners face an airy traverse of one of Scotland’s most famous ridges, the Càrn Mòr Dearg arête, leading to the summit of Ben Nevis, which is the UK’s tallest mountain at 1345m. 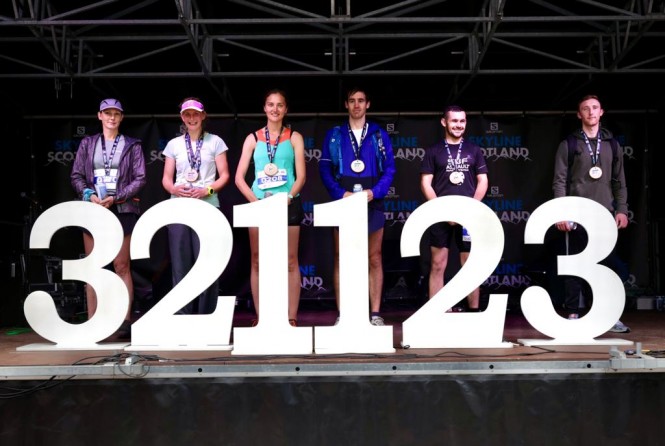 See full results for the 10km 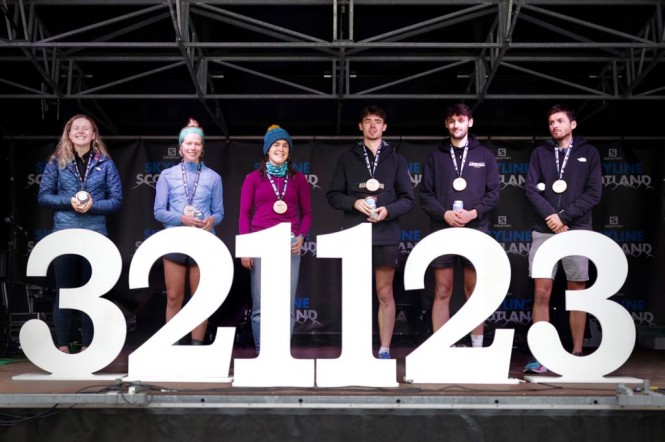 The winners of the Three Mealls Trail Race 18k. © No Limits Photography

See full results for the 18km