"When asked what I thought of the race I could only be honest and say it was the best course I had ever experienced, it truly was a fantastic combination of everything a mountain race should be and trumped every race I have done to date."

What an incredible journey the last 18 months has been for Skyrunning in the UK, Skyline Scotland as an event in its own right, and for me personally.

When I committed to organising the first Salomon Glen Coe Skyline, I knew that I would need to increase my personal Skyrunning race experience so that I could fully understand the flavour of these amazing races, and how I could bring this experience to Scotland. As a result I have recently raced at Zegama Aizkorri, Tromsø SkyRace, Dolomites Skyrace and Kima Trophy, and they have all been brilliant experiences that have helped shape my understanding of Skyrunning. Along the way, I’ve made new friends including many athletes (from elite to back-of-the-pack), organisers and some friendly Italian hospital staff (Kima really is a tough race!). 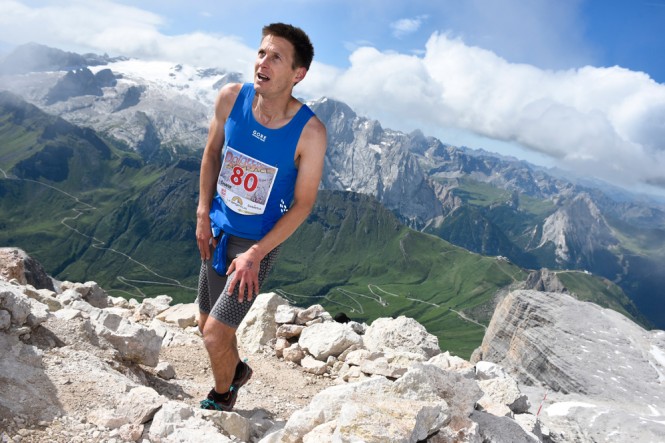 "Skyrunning is rapidly maturing in the UK. There are some great races and experienced race organisers all pushing forward with plenty of gusto and enthusiasm. And of course, we have the one-man media machine of Ian Corless to inspire us all with his photojournalism. I believe Skyrunning UK is in a great place and has a bright future.​"

Since the inaugural Salomon Glen Coe Skyline in 2015, the race has morphed into the Skyline Scotland event with three races, all still supported by our title sponsor Salomon. Even in my wildest dreams, I had not imagined that the Salomon Glen Coe Skyline would leap from the Skyrunner® UK Series to the Skyrunner® World Series in such a short space of time; it leaves me a little light headed at times. This year we have added the Salomon Mamores VK, and Salomon Ring of Steall Skyrace to create a whole weekend of exceptional world-class running. The feedback from the participants is simply superb about both the quality of the courses and the quality of the organisation. The elite athletes at Skyline Scotland have a unique oversight into the races, because they are travelling the world racing at big events most weekend. When not just one, but almost every elite athlete at the race steps forward and says, “That’s the best course, with the best organisation”, you know you are doing a lot of things right.

I am not complacent though, as I see areas for improvement when I step back and observe the race, and I equally know that I owe a huge debt to my event team. More on both of these later.

Skyrunning is rapidly maturing in the UK. There are some great races and experienced race organisers all pushing forward with plenty of gusto and enthusiasm. And of course, we have the one-man media machine of Ian Corless to inspire us all with his photojournalism. I believe Skyrunning UK is in a great place and has a bright future.

It is very important for us to collect economic impact data from the event. Please take 5 minutes to complete this simple Survey Monkey online survey. This survey is for anyone who had an entry, regardless of whether that actually participated on race day. 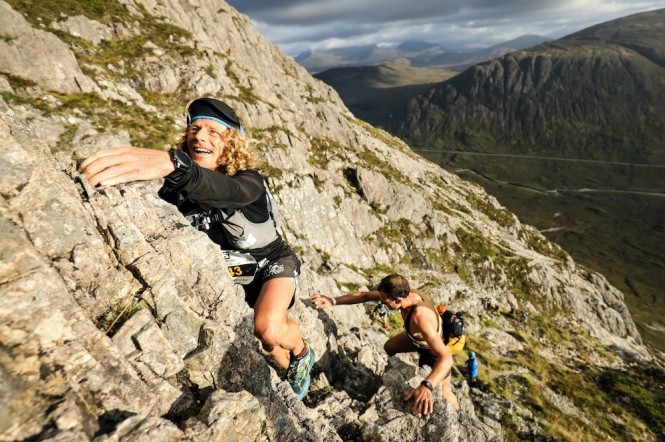 “Thank you very much Shane, the team, and volunteers for such a good organisation. It's the hardest and nicest skyrace I have run, requiring climbing skills. A totally wild journey set in the stunningly beautiful Scotland.”

Before I witter on, I want to thank my awesome event team. The vast majority of this event team are volunteers, with a few key professional team members. They work hard… they worked REALLY HARD over the weekend, and without their involvement and commitment the event simply would not happen. 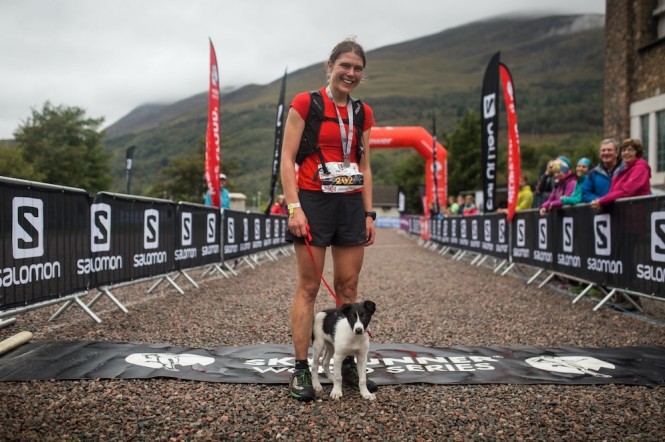 Jasmin Paris, winner at the Salomon Glen Coe Skyline™ and Skyrunning EXTREME World Champion 2016 (and Moss. For the record, Moss was waiting patiently at the finish for Jasmin) - ©guillemcasanova.com

32-year-old Briton Jasmin Paris, the Tromso Skyrace winner, led the women's race comfortably, especially on the technical sections which she loves. She finished in 8h15’56”.

Challenges at the Event

During a moment of reflection at the event I was reminded of the, ‘Little Hero of Haarlam’ fairy-tale: A little boy saved his village from flooding by placing his finger in a leaky dyke. Many times I felt as though the weight of the event was only supported by a sterling effort by the event team, with all our fingers in little holes here and there! Overall, everything worked, and let's be honest it was an outstanding event.

On the communications side despite expert advice, and using a tested system in tested locations, our VHF radio network was not working as expected, and we will clearly need to look at this aspect of the event again.

Our main pool of volunteer event team members should have been 35 people. These are Event Team members manning checkpoints, helping with registration, directing car parking and a multitude of other small but crucial jobs. However, in the 48-hours before the event we had a number contact us to say they were unavailable (disappointing, although we understand this happens), but then a further 5 people simply did not show up, leaving us 9 people down… that’s 25% of our team! A direct result was that, despite my best intentions of spreading the load across a big event team, I ended up asking a lot of the team members that were there. It is not how I like to do it, and I am extremely grateful for the tireless effort put in by the team over the weekend.

The company contracted to deliver our crowd control barriers emailed to say they would be unable to deliver these less than 24 hours before they were due on site. Whilst we did manage to find a replacement supplier (only thanks to some brilliant help from Fraser Copeland from No Fuss Events), this pushed our Event Centre build into Friday, and added to the pressure as we prepared for the event. 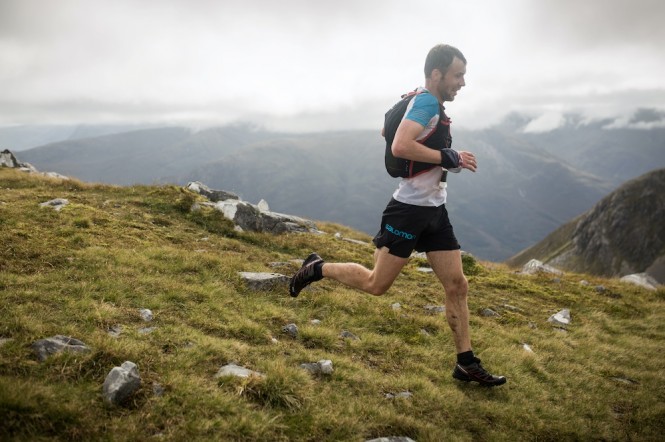 In addition to the superb Event Team, we were supported by ‘nothing-is-too-much-trouble’ staff at the Ice Factor. Wow! They really did a superb job at supporting the event in the background.

I would also like to thank the local community in Kinlochleven who have been very welcoming, in particular Marian and Jayne from the Kinlochleven Community Trust.

The National Trust for Scotland, The John Muir Trust, Rio Tinto Alcan, Bidwells, Scottish Natural Heritage, Police Scotland and the Highland Council must also be thanked for their considered feedback on our event plans and consent to proceed.

Our title sponsor Salomon had a huge impact on the event; their financial contribution was simply essential to enable the event to proceed with all the added technology like the GPS Tracking and Live Safety Monitoring, but more importantly they sent their leading international runners to compete at all three races, and contributed hugely to the communication of event via social media on race day. Georgia Tindley was the only double winner from the weekend with victories at both the Salomon Mamores VK™ and Salomon Ring of Steall Skyrace™. Awesome! - ©iancorless.com

We will be donating 1% of the entire event revenue to local organisations involved in environmental sustainability and protection. Additionally, we will also be making a donation to the Glencoe Mountain Rescue Team and Lochaber Mountain Rescue Team from the income at our film and speaker nights on Friday and Saturday evenings. We will confirm these details this autumn.

The Salomon Ring of Steall Skyrace and Salomon Glen Coe Skyline both had GPS Tracking provided by Open Tracking. If you would like to replay the race or download your track please use the links below. 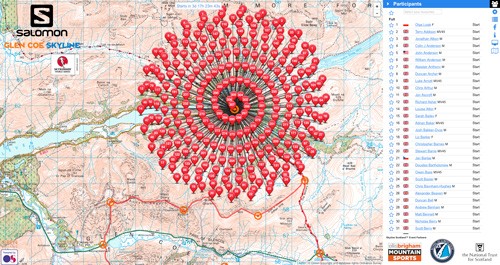 Feedback is very important to us, and comments you have – good or bad – are very much appreciated. Please can you send these to us via our website contact form

We were delighted to be able to release video footage so quickly courtesy of some quick editing by Nadir Khan.

We were delighted to have three photographers working on the event.

Firstly, it was good to welcome back Ian Corless who was also acting as official photographer for the Skyrunner® World Series race, the Salomon Glen Coe Skyline, on Sunday. You can read his Skyline Scotland race reports with images via these links:

You can also purchase images from his online galleries. 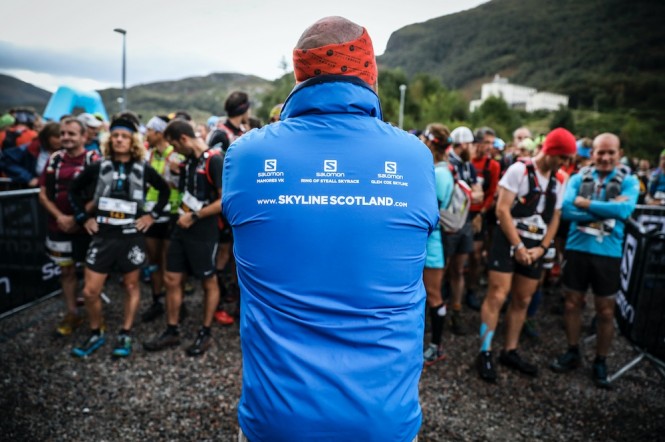 Guillem Casanova joined us, and provided some seriously awesome photos which have made it both into the immediate live-event Facebook albums (VK, Ring of Steall, Glen Coe Skyline) and BBC news (along with Ian's) amongst many others. We will add to our website galleries soon. 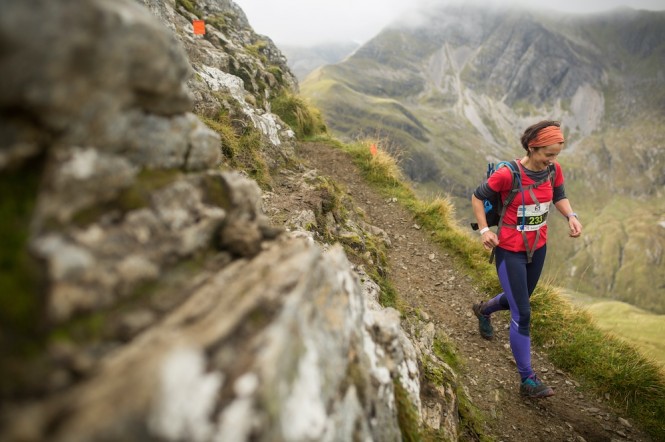 Finally, Jordi Saragossa ensured that not one participant was left out of getting access to their very own action shot over the weekend. Participants (and anyone) can simply visit his website to choose their photo by race number. 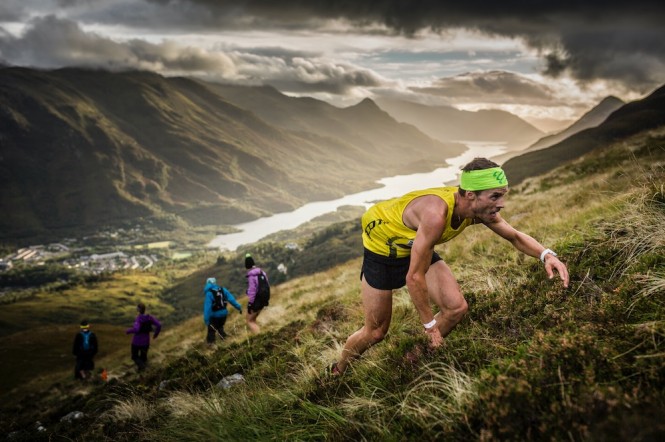 We hope to confirm the dates for Skyline Scotland 2017 in the early autumn. Please ensure you are signed up to our email database to to be first to know! Talking about first to know.... our intention is to add an Ultra distance race to the weekend. Best get training now! See you all next year.