The 2016 Skyrunner® World Series has been announced and next year’s series is going Extreme with the inclusion of the Salomon Glen Coe Skyline™.

In addition to the successful Vertical, Sky and Ultra formats, the International Skyrunning Federation has confirmed the introduction of the new Sky Extreme Series: three countries and three super-technical races that will allow runners worldwide to have a real opportunity to embrace the Skyrunning ethos.

Kilian Jornet explained, “When I discovered Skyrunning years ago it was the images of small runners traversing huge glaciers, scrambling rock ridges and descending steep snow fields. I’m really happy to see this new series, with the most technical races – the soul of Skyrunning!”

Sky Extreme kicks off on August 7, with the Tromsø SkyRace® in Norway, where Kilian Jornet and Emelie Forsberg launched the first, made-to-measure SkyRace® in the Northern territories.  The biennial Kima Trophy is back and the 2016 series will conclude with a new entry, the Salomon Glen Coe Skyline™, which is set in the Scottish Highlands and is probably the toughest Skyrunning race to date. 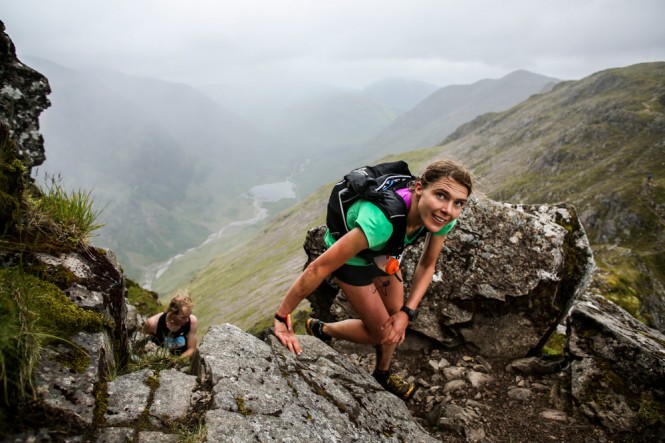 “I am totally delighted that the Salomon Glen Coe Skyline™ is joining the most prestigious mountain running series in the world”, said Race Director Shane Ohly. “My team of professional staff and volunteers worked so hard to deliver a world class race at the inaugural event in August 2015, and to the participants themselves - who proved how their high mountain competency made this race route really work. This latest world recognition is a justified reward for everyone.”

Ian Corless, Skyrunning UK Director added, “I had a dream 2-years ago when Skyrunning UK was launched in the UK that within 3-years we would host a Skyrunner® World Series event. That dream is now a reality and with it the world's best will come to Scotland in September to race in the mountains of Glen Coe, it would not have been possible without Shane Ohly and Gary Tompsett who made the dream a reality!"

The Salomon Glen Coe Skyline™ has now been catapulted onto the world stage and the 2016 race on Sunday 18th September will see the stars of Skyrunning competing in Scotland for what is expected to be the most competitive mountain running field seen for a generation in the UK. The €5,000 cash prize for the leading runners is sure to raise a few eyebrows and encourage the best British fell and mountain runners to compete.

The Salomon Glen Coe Skyline™ course is considered to be one of the most extreme and challenging mountain race routes in the world with long sections of scrambling that includes an ascent of Curved Ridge and a full Aonach Eagach traverse. 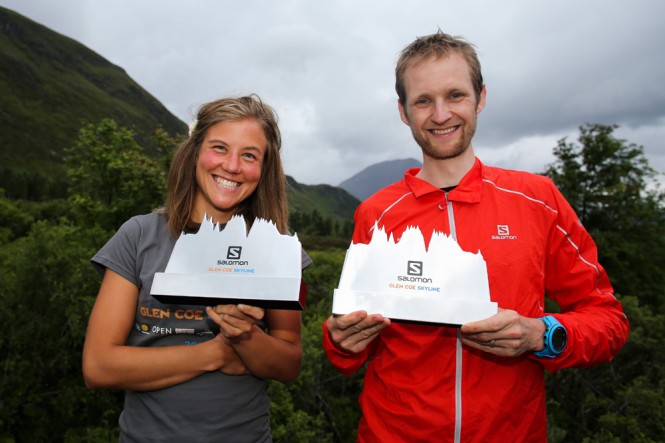 Skyrunning World Champion (Ultra) Emelie Forsberg was enthusiastic in her support for the Salomon Glen Coe Skyline™ after finishing second overall in 2015. “Waow! Seriously the best race in this distance. Super technical ridges and gullies (think Trofeo Kima but no via ferrata!) some parts very runnable on nice but still tricky trails. Glen Coe I’m thrilled to have run this race. Thanks to your amazing organization. Even though it was hard all of the nature and the course made me go fast. Thanks all of you standing along the course, you made me feel so welcomed here!”

There will be a separate prize fund for runners who are competing in the 2016 UK Skyrunner® Series, which the Salomon Glen Coe Skyline™ is also a part of.

There are further BIG and EXCITING developments for the 2016 event. These include two fantastic new races that are more accessible for participants and have no vetting. These are:

Am Bodach Vertical Kilometre® - Friday 16th September 2016
The UK’s first Vertical Kilometre®, this is an incredible leg burning and lung-busting ascent from sea level to the Am Bodach Munro summit. This race is part of the Skyrunner® UK Series, and entries are not vetted.

Kinlochleven Ring of Steall™ - Saturday 17th September 2016
Also part of the Skyrunner® UK Series, this race is a variation of the classic 'Ring of Steall' ridge-walking route. The 25km / 2,500m mountain race has spectacular views of Ben Nevis from the Mamores and includes short sections of easy scrambling. Again, entries are not vetted for this race.

Does the next race need any introduction?

Entries for all three races will open at 12:00 (GMT) on the 1st February 2016 and be sold on a first come, first served basis.  They are expected to sell out within days… if not hours!