With our exciting new ULTRA race debuting at the Salomon Skyline Scotland™ weekend in 7 weeks, it is time to confirm the final details of the route. 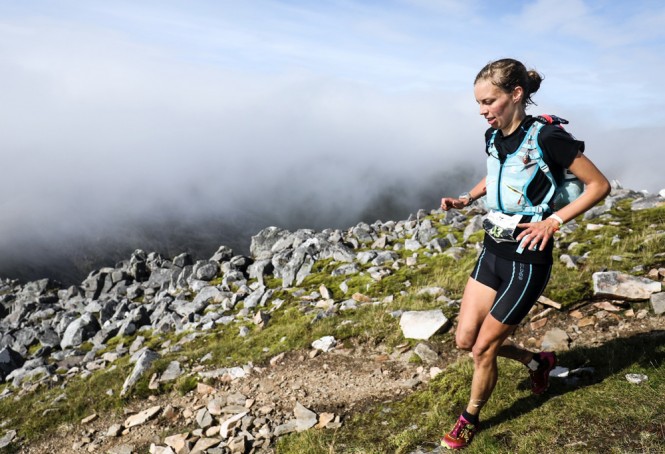 Starting from the southern shore of the world-famous Loch Ness, the Salomon Ben Nevis Ultra™ follows a route through remote Scottish Highland glens, passing over the summit of the UK’s highest mountain, Ben Nevis, before finishing at the Salomon Skyline Scotland™ Event Centre in Kinlochleven.

There has been a considerable amount of consultation with many stakeholders along the route during 2017 with the aim of securing a sustainable, world-class mountain running route that showcases the very best of Scotland’s iconic destinations like Loch Ness and Ben Nevis. Importantly, we want to return to the same course year after year, so getting these background consultations right for the long-term viability of this course has been important.

Much time has been spent on the ground proving the course, with both race director Shane Ohly and course planner Gary Tompsett test-running the various options until they were both confident with the quality of the route.

Warning, last call for the boldest all-round ultra-runners! The launch of this brand new race for 2017 = limited spaces and entries will have to close soon. Don't miss out on 110km / 4000m of pure and exhilarating running from Loch Ness to Kinlochleven via Ben Nevis!

Changes to the provisional route

Whilst there have been many tweaks to the provisional course published in 2016, most will go unnoticed. The most significant change to highlight is that rather than ascending to Càrn Mòr Dearg via Aonach Mòr, the route now ascends directly to Càrn Mòr Dearg before crossing the superb Càrn Mòr Dearg Arête to reach the summit of Ben Nevis via the famous horseshoe route. This has been an important change to avoid some ecological sensitivities on the Aonach Mòr plateau and we are happy to have worked through these with Scottish Natural Heritage.

As we have been fine-tuning the route we have deliberately stretched it to pick up certain key bridges in order to ensure robustness in the route design in marginal weather; the rivers in Scotland once in spate can become uncrossable. That said, there are still some river crossings that the participants will need to undertake, and in marginal conditions, they may be intimidating.

Alongside some access agreements with landowners these changes have pushed the original ~110km route to ~120km. We did warn you that the Salomon Ben Nevis Ultra™ would, “...almost certainly be the UK’s toughest 100km+ Ultra route!”, and we didn’t want to disappoint!

Depending on how you analyse the height gain (or depending on which device it is measured on) it is largely unchanged at ~4,000m.

In keeping with the ethos of the Salomon Skyline Scotland™ races, this route is very challenging with considerable height gain. The terrain has great variability, multiple river crossings, and an airy traverse of one of Scotland’s most famous ridges, the Càrn Mòr Dearg Arête, leading to the summit of Ben Nevis.

Having spent considerable time on the ground, we are confident that we have an awesome route. It has huge contrasts and the course is truly the domain of the all-rounder:

Whilst ~4,000m over 120km is not a huge amount of height gain by Skyrunner® World Series standards, it would be very easy to underestimate the route compared to the well-defined trails that many European ultras stick to. Also, given that most of the ascent and technical ground is close to the end, it is truly a race with a plutonium bomb-sized sting in the tail!

There will be one 'Fast Forward Section' on the route that starts soon after the Nevis Range Support Point (79km). This FFWD Section avoids the high ground of Càrn Mòr Dearg and Ben Nevis. Slower participants will be diverted onto this FFWD Section, which is also identical to our bad weather route alternative. The FFWD section provides robustness to the route design in marginal weather and allows us to provide the best possible experience for the largest number of starters by keeping them on the hill and involved in the race even if a full completion is not possible.

Given all our ground proving, we have now finalised the location of each support point and checkpoint, and have confirmed all the Cut-Off times for each of these locations. Please refer to the ROUTE section of the information page for these finer details.