NADIR, WYDER RUN AWAY FROM THE COMPETITION AT RING OF STEALL

KINLOCHLEVEN, SCOTLAND – The mountainous terrain of the Scottish Highlands was awash in rare sunshine on Saturday for the 29km Ring of Steall Skyrace™, but that doesn’t mean the trails were dry and easy to negotiate for the elite runners and everyone else brave enough to toe the starting line in Kinlochleven. This sixth and final race of the Golden Trail World Series (GTWS) represented the last chance for runners to secure their place inside the top-10 season standings and qualify for the Grand Final—being held this year at the Annapurna Trail Marathon in Nepal in October. On Saturday, several runners took full advantage and leapt up the season-long standings with strong results. 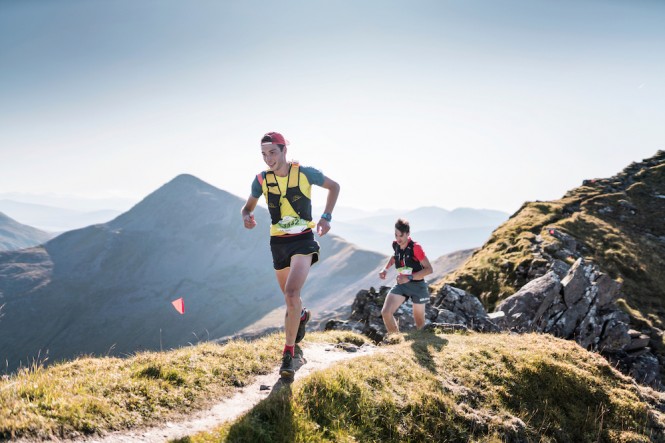 In the men’s race, Italy’s Nadir Maguet (Team La Sportiva) captured what had been an elusive GTWS victory until now, while Switzerland’s Judith Wyder (Team Salomon) continued to show that she is one of the strongest trail runners on the planet, winning the women’s race in record time and finishing 10th overall.

Nadir was 2nd at the Ring of Steall last year and also finished 2nd at the Marathon du Mont Blanc and Dolomyths Run this season. On Saturday, the ski-mo star was simply too strong for the competition, winning in 3:14:47.

Behind him was Switzerland’s Marc Lauenstein (Team Salomon) in 3:19:37. After an early-season injury left him needing a miracle finish to vault into the top-10 for the Series, the veteran delivered just that. His 2nd place effort earned him the 10th and final spot in the men’s field of the Grand Final.

“I felt good on the first climb and was able to stay with the lead group,” Marc told his fans on social media. “From there, on the ridge, I felt comfortable and after the last downhill I stayed in 2nd place right until the end. Time to pack my bags for Nepal!”

American Max King (Team Salomon) had his strongest GTWS result with a 3rd place finish on Saturday in 3:20:42. King, who also battled an injury earlier in the season, won’t qualify for the Grand Final, but the podium finish against strong competition was validation for the hard work he has put in to come back. 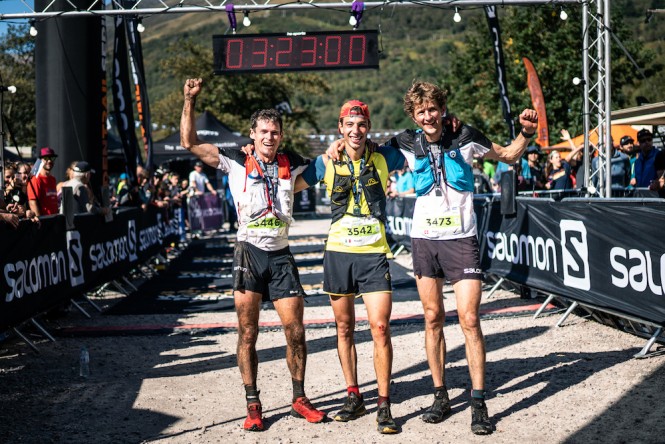 Just behind Ricky, in 10th place overall, was Judith, the women’s winner in 3:36:46. She has now won both the Ring of Steall and the Dolomyths Run in record time this season. She also finished 2nd at Sierre-Zinal. The mother of one has won six World Championship titles in orienteering so the technical terrain was certainly to her liking. Judith will be a favorite in Nepal, along with fellow Swiss Maude Mathys (Team Salomon) and New Zealand’s Ruth Croft (Team Scott), neither of whom raced in Scotland.

The 2nd place finisher in the women’s race, Great Britain’s Holly Page (Team Adidas Terrex) was nearly 20 minutes behind Judith in 3:54:18. Still, Holly’s great result on familiar home terrain was enough to get her the 10th and final spot in the women’s Grand Final field. Last year, she won the Grand Final race in South Africa.

Sweden’s Fanny Borgstrom (Team Salomon) finished 3rd in 4:02:01. South Africa’s Meg Mackenzie and the USA’s Emily Schmitz battled it out for 4th, with Meg coming in 35 seconds ahead in 4:13::06. Meg earned a spot in the Golden Trail World Series Final for the second consecutive year, finishing 7th overall in the season standings. 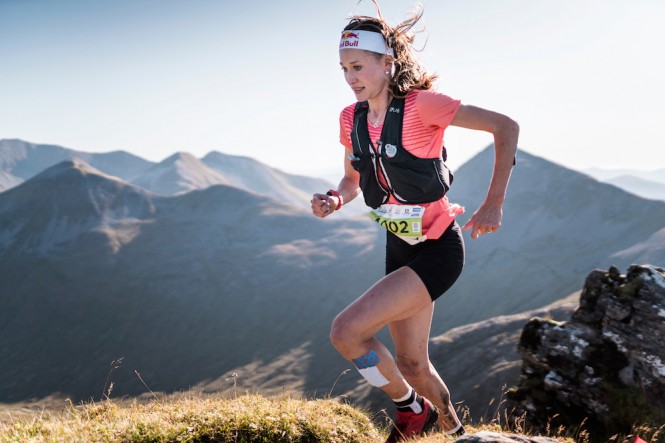 Judith Wyder on her way to a new course record! ©J Saragossa 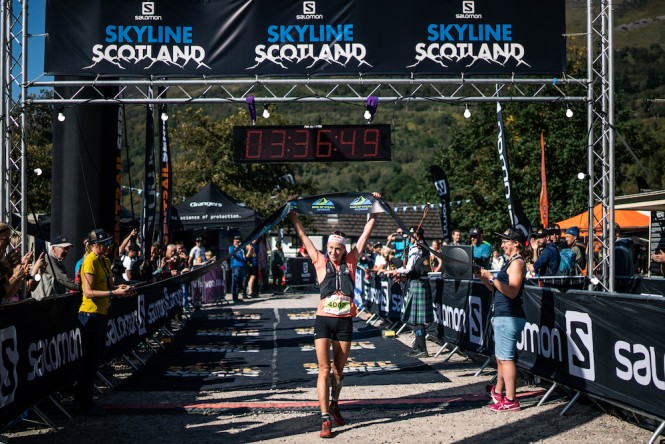 The Ring of Steall is part of a full weekend of trail racing in the Scottish Highlands. The race starts in Kinlochleven and traverses high and remote mountainous terrain with some extremely technical ridge sections. From rock and scree to muddy and green, the Ring of Steall throws plenty of challenges at the competitors over the ups and downs of its 29 kms.

On Saturday, the terrain got the better of two elite men. Team Salomon athletes Bart Predwojewski (Poland) and Remi Bonnet (Switzerland) were strong early on, but both fell and had to withdraw from the race. Both runners were safely inside the top-10 for the season and easily qualified for the Grand Final despite their tough day in Scotland.

Marc missed considerable time with a foot injury and Sage didn’t quite have his best form early in the season. That left both with plenty of ground to make up in the season-long standings. But Sage was 2nd at Pikes Peak and Marc was just behind him in 3rd. In Scotland, they sealed their spots in the Grand Final with clutch performances. The list of the final 10 men and women heading to the Grand Final looks like this:

For photos and more, visit www.goldentrailseries.com