The third and final 2016 Skyrunner® World Series EXTREME race, the Salomon Glen Coe Skyline™, will be held in Scotland on Sunday 18th September. The course is widely regarded as the most challenging mountain running race in the world, which features long sections of exposed scrambling including the famous Aonach Eagach and Curved Ridge.

Top ranked runners from 26 different countries will be travelling to Scotland to compete for the Skyrunner® World Series EXTREME title, with likely podium positions in the series for local Fort William runner Finlay Wild, Glasgow based Tom Owens and Edinburgh based Jasmin Paris.

The Event is supported by Event Scotland, and will be filmed by the Adventure Show for BBC Scotland. 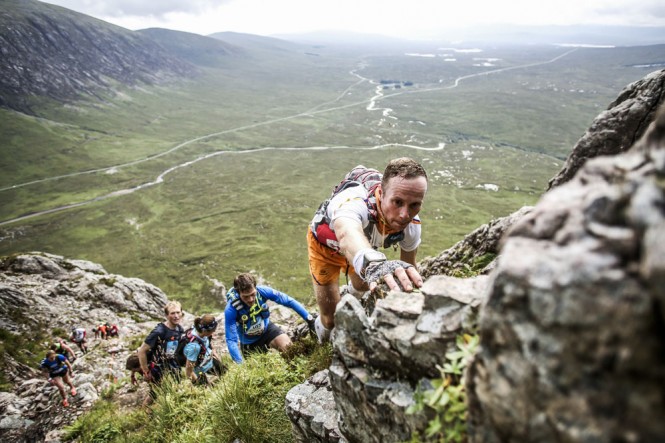 Presented by Alpina Watches, the EXTREME category of races was introduced by the International Skyrunning Federation this year to showcase the most technical Skyrunning races. It was launched at the beginning of August with the Tromsø Skyrace® in Norway, followed by the legendary Kima Trophy in Italy at the end of August, and concludes with the iconic Salomon Glen Coe Skyline™ in the Scottish Highlands this weekend. Two out of the three races count for the final ranking, but points are increased by 20% in the final race, so there is a huge incentive for the athletes to deliver in Scotland.

The Salomon Glen Coe Skyline™ is part of the Skyline Scotland weekend of races based in Kinlochleven. The other two Skyrunner® UK Series races will be held on Friday 16th and Saturday 17th September.

The first race of the weekend is the Salomon Mamores VK™, and this will be the first time the Vertical Kilometre® format has been seen in the UK. This format is popular in Europe and sees runners ascending 1,000m in a lung busting, leg burning race to the top of the huge Munro, Na Gruagaichean, which towers over Kinlochleven. The following day is the inaugural Salomon Ring of Steall Skyrace™, which has attracted over 400 runners from across the UK and overseas. This 29km course features airy ridges and is based on the classic Ring of Steall mountain walk. 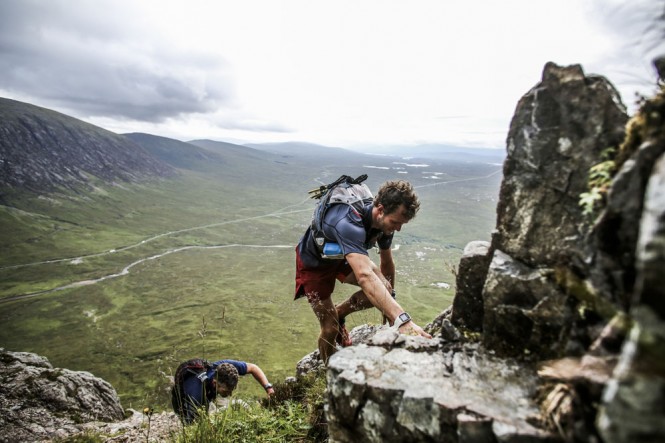 Spectators are welcome at the event and the organisers have gone out of their way to welcome friends and family of the participants and involve the local community. Race Director, Shane Ohly explained, “We have liaised diligently with the local community via the Kinlochleven Community Trust, delivered presentations to the local school and held public meetings. During the races we will have GPS trackers on all the competitors, so it will be possible to follow all the action live through the event website. We are subsidising guided walks with local Mountain Leaders for just £10, and hope that spectators wanting to get out onto the course will be able to do so. There are spectating zones along the course, and there will be a huge buzz at the Ice Factor where all the races start and finish, with live commentary, screens and a warm welcome.”

The Salomon Glen Coe Skyline™ course was described in 2015 as, “The best race in this distance” by Swedish competitor Emelie Forsberg, then Skyrunning World and European Champion (ultra-distance). The course has become even tougher this year with an extra 500m of vertical height gain and an additional 2km in length. It is now the longest race in the Skyrunner® World Series EXTREME category with the greatest vertical height gain and featuring the most technical terrain. A true pinnacle event in the world of Skyrunning! 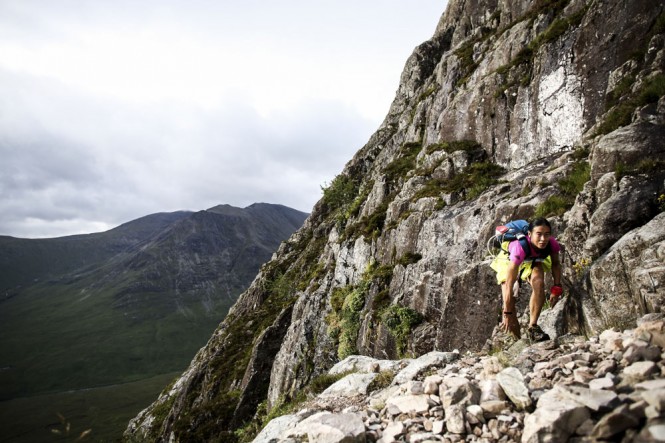 The women’s field for the world title is wide open. Poland’s Natalia Tomasiak, who is currently leading the series after two races, can choose her best results before shedding points. 2016 Tromsø winner, Britain’s Jasmin Paris (ranked equal 2nd in the series with Emelie Forsberg), was placed second in Glen Coe last year, so has the advantage of knowing the course and has the points from her win at Tromsø already secure. Emelie Forsberg won the second race in the series, Kima Trophy, but unfortunately will be absent from Glen Coe. Other contenders are New Zealander Ruth Croft (currently 4th) who, in her first year of skyrunning, has shown her wide range of skills at Transvulcania and Kima, where she came second. Norway’s Marlene Bikken Haukøy is ranked 5th, but stands a chance for the title if she performs well here. Completing the international women’s field is Italy’s Martina Valmassoi, who placed an excellent third in Tromsø and is currently ranked 7th. Further international competition will come from Zuzana Urbancova (Czech Rebublic) and Olga Lyjak (Poland), with British runners Sarah Ridgeway, Beth Pascall, and Lizzie Wraith all likely to feature in the top ten.

The men’s field is headed by series leader Tom Owens from Scotland, who has been on a winning streak this season and is considered the firm favourite by most commentators. However, Tom is going to be pushed hard by an incredible line up of world class athletes, and nothing can be taken for granted.

Fellow Brit Jonathan Albon, who placed second behind Tom at Tromsø (and is ranked 2nd in the series), will surely have his eye on victory and a series win. After two races, they have the luxury of choosing their best two results. Nepali newbie Bhim Gurung is ranked 3rd in the series after his surprise Kima win and, visa permitting, will be a strong podium contender. German Philipp Reiter, ranked 4th, is aiming for a podium slot. Scotsman Finlay Wild placed an excellent 3rd in Tromsø, but was unable to race at Kima, and will certainly rise to the occasion on home ground. Joe Symonds won last year and will likely put in a solid performance again and it’s hard to imagine him finishing off the podium. Former Swiss national orienteer Marc Lauenstein won the 2016 Matterhorn Ultraks race in the Skyrunner® World Series and the famous Three Peaks Race earlier this year, although he has sneaked under the radar of many observers. 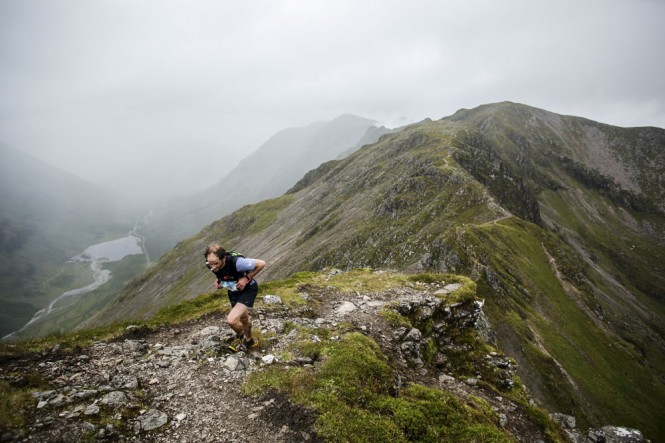 John Helm, who finished 18th in 2015 on the easier, approaching the summit of Am Bodach (checkpoint 13). © Ian Corless