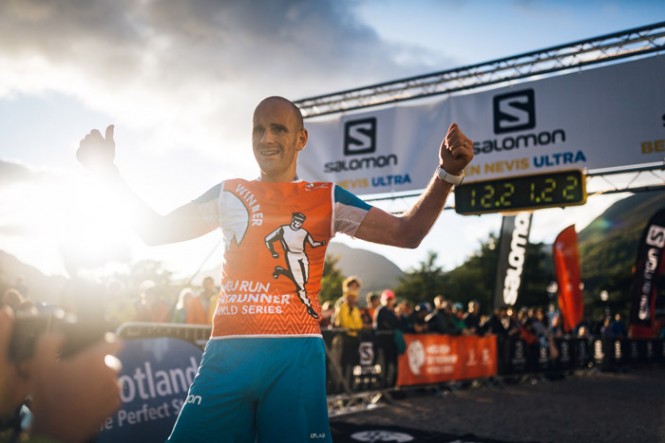 After four World Championships held in Italy, France and Spain, the Scottish Highlands will welcome skyrunners from across the world to race in three Skyrunning disciplines for eight world titles (includes VERTICAL+SKY combined title) with 27 medals at stake:

The races are open to both individuals and national teams.

This announcement comes as the 2017 Salomon Skyline Scotland event is recognised for its outstanding quality, and is confirmed as a Finalist in Scotland’s Highlands & Islands tourism awards. 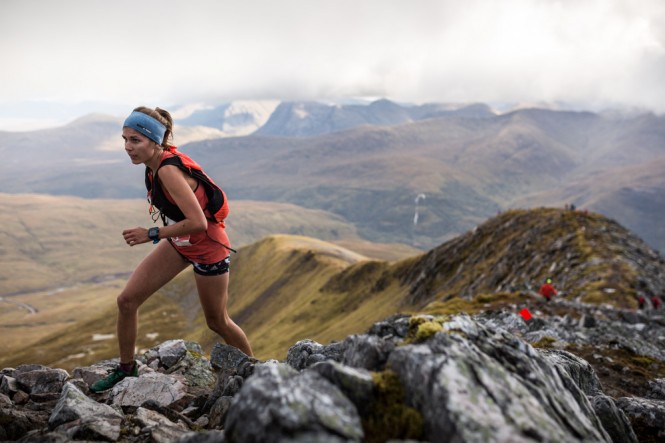 The celebrations open with the Salomon Mamores VK on Thursday 13th September. The race has already proven to be unique within the Vertical Kilometer® World Circuit with its very Scottish take on the Vertical Kilometer® format. Over a 5km distance, the route gains 1,000m from sea level, initially on good trails before breaking out of the tree line and tackling the flanks of Na Gruagaichean direct. This section is steep and rough, before a wonderful rocky ridge leads to the 1056m-high Munro summit with panoramic views in all directions. 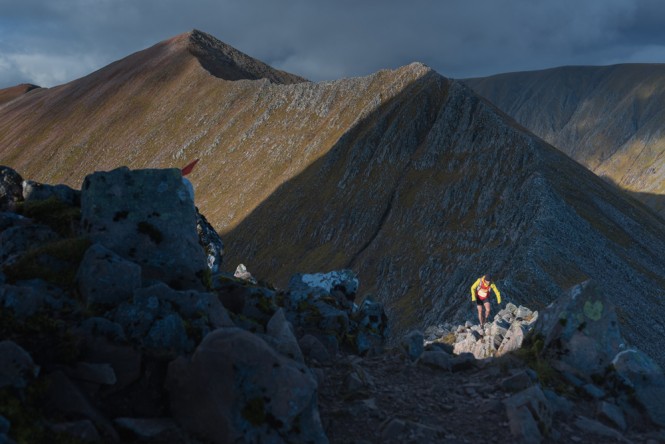 The famous CMD Arête leading up to the highest point of the ULTRA, Ben Nevis (1345m) ©Steve Ashworth

The ULTRA world champions will be determined at the Salomon Ben Nevis Ultra™ on Friday 14th September. The current Salomon Ben Nevis Ultra course will be redesigned from the 2017 version to fit the new Skyrunning criteria, which includes a maximum course length of 66km and running time of 16 hours. The 2018 route will still incorporate the spectacular summit of Britain’s highest mountain, Ben Nevis. Subject to spring testing the new Ultra will be ±65km, with ±4,000m+ vertical climb and a greater focus on mountain and ridge running compared to 2017, but avoiding the most technical ground which is reserved for the flagship Salomon Glen Coe Skyline™ race. 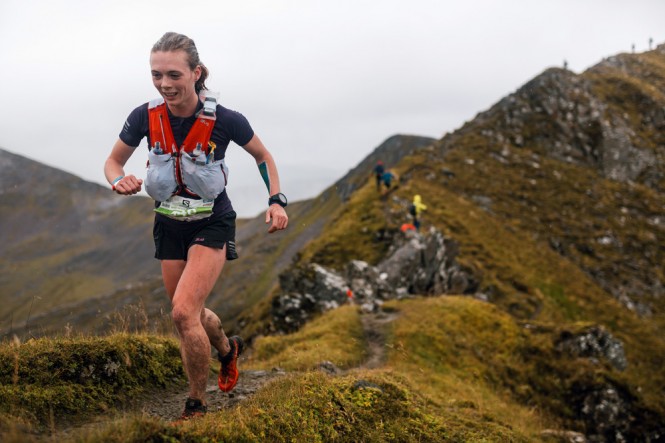 The Salomon Ring of Steall SkyRace® race has proven a popular choice for runners and the 2018 edition will decide who are the SKY world champions on a classic 29km Skyrunning course that features 2,500m of vertical climb on uncompromising mountain terrain that includes easy scrambling, steep ascents, ridge traverses and technical descents.

Race Director Shane Ohly said, “Salomon Skyline Scotland has exploded from nothing to the pinnacle mountain running event in the world in just three years. It’s a phenomenal rate of change and organising the event has been some journey! It will be an honour to be trusted with the Skyrunning World Championships in 2018 and I look forward to welcoming the world’s best mountain runners back to Scotland next September.”

He continued, “There is of course a huge amount of work to do to prepare for the 2018 Skyrunning World Championships, not least liaising with many stakeholders and landowners who have supported this event from the start”.

Ready.. steady.. COE! The 55km/4500m finale of both #SkylineScotland and the 2017 EXTREME Skyrunner® World Series.

The Salomon Glen Coe Skyline™ is broadly considered to be one of the most challenging mountain races in the world and follows in the finest tradition of the most prestigious Skyrunning races, fusing mountain running and alpinism in a pure test of speed, endurance and skill on an uncompromising, world-class course. The route features long and sustained sections of scrambling terrain, which is roughly equivalent to moderate standard rock climbing. The 2017 edition was won by Skyrunning superstars Emelie Forsberg and Kilian Jornet, both setting new course records.

“What a cool race! Glen Coe Skyline is absolutely one (the one) to do!”

Athletes from no less than 40 countries competed in the 2016 Skyrunning World Championships held in the Spanish Pyrenees. The reigning champions are: Luis Alberto Hernando and Caroline Chaverot for the ULTRA; Stian Angermund-Vik and Laura Orgué for the VERTICAL and Maite Maiora and Stian Angermund-Vik for the SKY and combined titles.

WADA anti-doping tests will be carried out at the Championships.

2018 entries will open on Tuesday 9th January at 12:00 GMT and the programme, race and further details will be published before then. Please subscribe to our newsletter and join us on social media to be the first to get updates.