Monday 9th January sees entries open to all four races at the hugely anticipated 2017 Salomon Skyline Scotland™. The event weekend includes the all new Salomon Ben Nevis Ultra™ 110km race and is now the only Skyrunning event in the world to feature a race in each of the 2017 Skyrunner® World Series disciplines, putting it at the very pinnacle of Skyrunning events worldwide. The races are:

Excitingly, the Salomon Glen Coe Skyline™ is once again looking likely to host the potential deciding race for the Sky EXTREME ranking athletes.

Which race will you enter?

The Skyrunner® World Series is the most prestigious mountain running series in the world taking place over three continents, with a colossal €50,000 prize fund shared between the podium winners across each of the disciplines at the end of the season. In addition, there will be a further €10,000 bonus pool for the overall male and female winners.

Of note is that the Vertical Kilometer® format races will no longer be a part of the Skyrunner® World Series, but instead conduct their very own circuit for 2017 in which the Salomon Mamores VK™ will feature and will remain the opening race at Salomon Skyline Scotland™ in 2017. 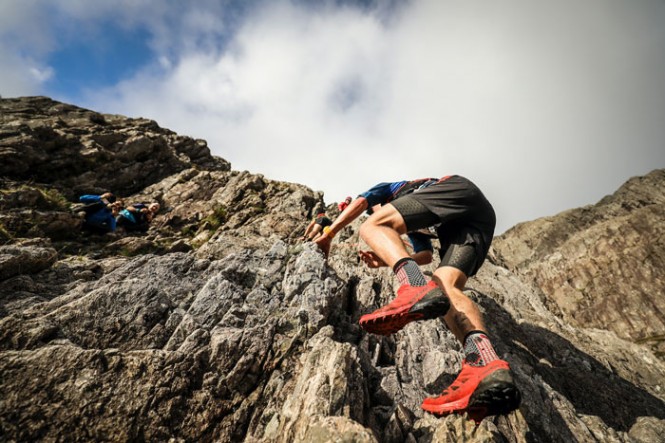 On Thursday 15th September 2016, flagship race Salomon Glen Coe Skyline™ featured in an hour-long episode of BBC Two Scotland's The Adventure Show. Presenters Dougie Vipond, Duncan McCallum, and Deziree Wilson took up positions around Glen Coe to capture the epic second edition of the race, bringing Skyrunning into the homes of millions of UK viewers. This episode can still be watched on BBC iPlayer.

After the success of the inaugural Salomon Mamores VK™ and Salomon Ring of Steall Skyrace™ in 2016, demand is expected to be high with both races expected to sell out quickly. Entries will be allocated on a first-come first-served basis. 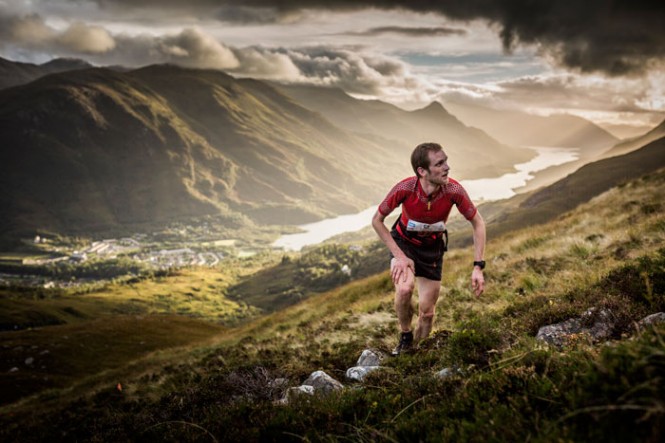 Joe Symonds on the 2016 Salomon Mamores VK™, event centre below in Kinlochleven

New for 2017, the Salomon Ben Nevis Ultra™ is the latest race to be added to the schedule.  Starting at 6am on Saturday 16th September from Fort Augustus, the route weaves through remote glens, crosses high mountain passes and embraces the wilderness on offer in the Scottish Highlands. Truly, here is an opportunity to be one of the first to complete what will be an iconic race in the Ultra calendar.

Race Director Shane Ohly said, “Myself and the team at Ourea Events are so excited to launch the 2017 event. Salomon Skyline Scotland™ has after just two editions established itself as the world’s top weekend of Skyrunning and there is nowhere else any self-respecting mountain runner should be this September!” 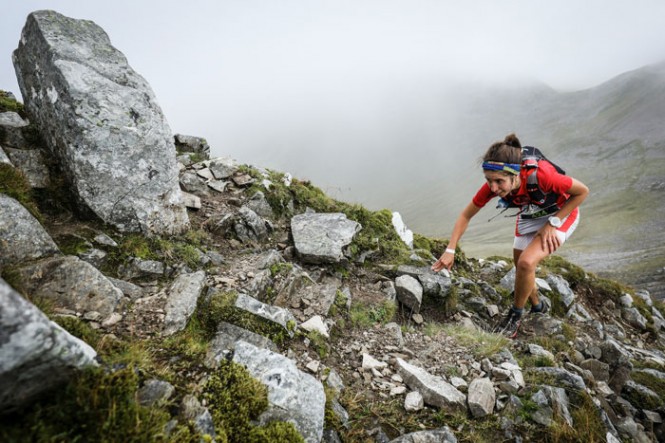 Igone Campos on the 2016 Salomon Ring of Steall Skyrace™