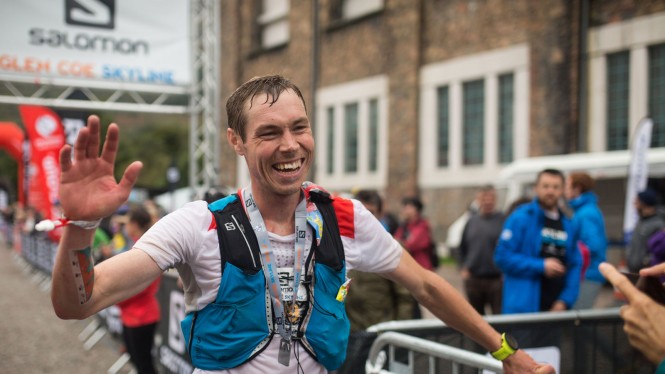 Sky Classic, Sky Ultra, and Sky Extreme: We're delighted to announce that we are the only Skyrunning event in the world to feature a race in each of the Skyrunner® World Series categories for 2017.

We were humbled in 2016 when the Salomon Glen Coe Skyline™ was featured as the last race in the Sky Extreme category of the 2016 Skyrunner® World Series. This year, the inclusion of the incredible Salomon Ring of Steall Skyrace™ (Sky Classic) and all new Salomon Ben Nevis Ultra™ (Sky Ultra) means that we feature right across the board, with the Salomon Glen Coe Skyline™ looking likely to once again host the potential deciding race for the Sky Extreme ranking athletes.

The Skyrunner® World Series will consist of the Sky Classic category with eleven races, the new Sky Extreme Series, introduced earlier this year, now with four races, and the Sky Ultra Series with eight.

The ranking will be based on the five best results in the Sky Classic Series, two in the Extreme and three in the Ultra Series. The end of season bonus pool will rise to a total of € 60,000.

Who is the best all-round skyrunner? Based on the five best results in the three categories: one Ultra, one or two Extreme and two or three Sky Classic, a € 10,000 prize will be awarded to a men’s and women’s Overall Champion.

To accommodate the greater number of races, an extra 20 % points will be awarded in certain races on an annual rotation basis as follows: Sky Classic, three;  Extreme, one; Ultra one.

Notably, the Vertical Kilometer® will no longer be a part of the World Series but conduct its very own circuit. Details will follow soon."