A young runner from East Lothian crushed the rest of the field of almost 100 runners in today’s inaugural Grey Mare’s Trail 5k.

Angus Wright, 14 who runs for Team East Lothian AC, made speedy work of the technical trail route coming home in 27 minutes 46 seconds on the second day of the Salomon Skyline Scotland 2019. 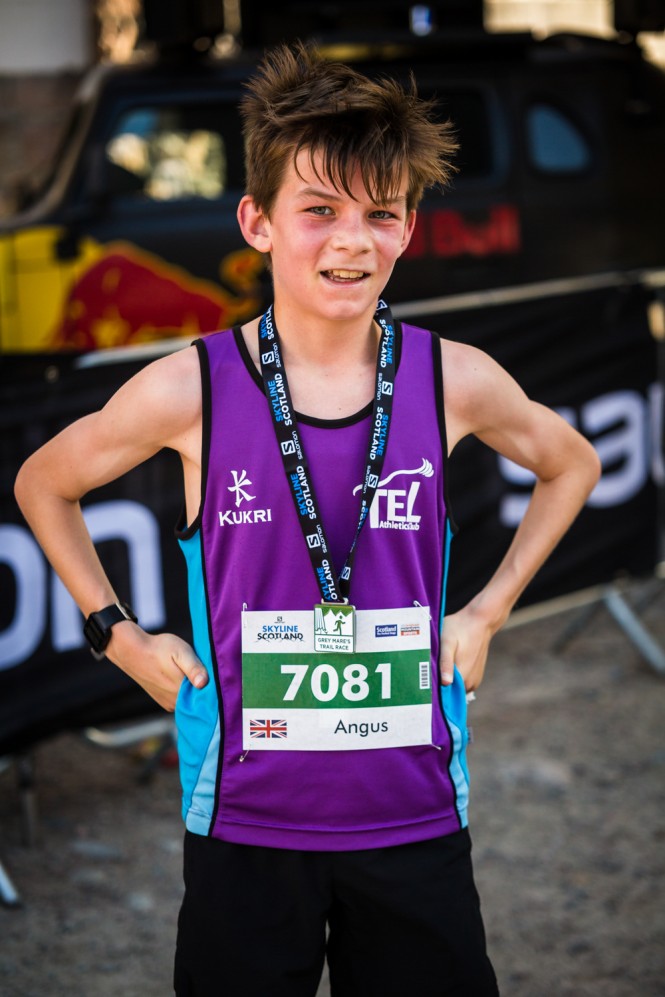 Angus was happy but surprised to win. He said: “It was much harder than other 5ks I have done before.

“It was all uphill for the first half, then a second half of technical downhill. Only the last short section was flat. I really enjoyed the trails and the views higher up were lovely.

“It is a bonus to win but I wasn’t expecting it because it’s my first race on a course like this against adults.”

Rickie Cotter, of Innerleithen, Scotland, was first home in the female race in 33:30. She was eighth overall. Second lady was Carrie Banks, of Stirling Triathlon Club, in 36:06 and in third was Irish athlete Fiona Canavan, who runs for Dundee Road Runners, in 36:14. 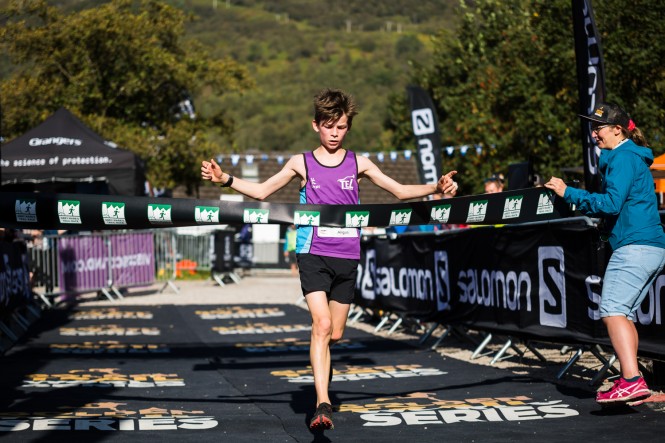 Angus: "It was much harder than other 5ks" ©No Limits Photography

The times reflect the challenging nature of the course that sent runners on a steep ascent to around 275m before a technical downhill.

Graeme, who only started running a few years ago, has a personal best 5k time of 17:58 “but on a flat course,” he added. He is racing in tomorrow’s 18km Three Mealls Trail Race.

He continued: “It was a tough course and the conditions were hot for Scotland. I have not run many trail races before but I thought it was a great route.

“The first placed runner left me on the uphill early on. He was fast.”

Experienced hill runner Steve entered the 5k today and the Loch Eilde Mòr Trail Race 10k tomorrow as testers for a goal race next week, the World Masters in Italy.

He said: “The 5k was a very good and technical course. It is fantastic to come third. That young lad shot off like a rocket at the start. He looked good.”