‘It was very, very warm out there’

Some 300 athletes – including 100 females – raced the Salomon Mamores Vertical Kilometre® (VK) today aiming to be the fastest to climb 1000m over just 5km on the mountain of Na Gruagaichean.

Despite the sunny and hot conditions, Zak Hanna and Victoria Wilkinson recorded impressive times reaching the summit finishing line in 44:43 and 52:49 respectively. Vic's time gave her an eighth place overall. 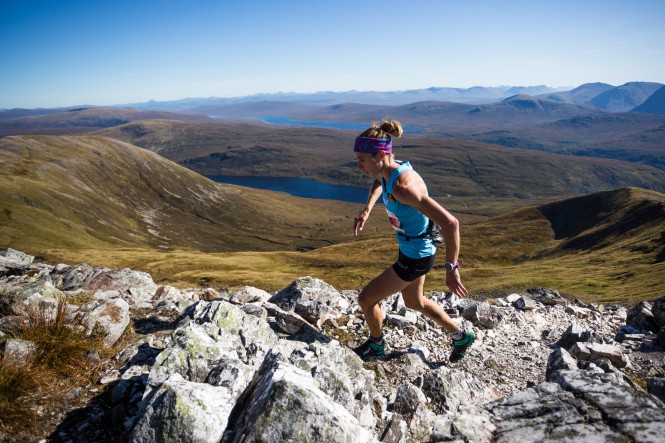 Lochaber AC runner Andrew Barrington, of Oban in Scotland, was second male home in 48:14. Third place in 49:33 went to Glasgow-based Tom Owens,  just a few weeks after placing  fourth in the UTMB.

Second and third places in the female race were also taken by British runners Aoife Quigly in 57:25 and Claire Gordon in 59:32. Remarkably, 11 of the top 12 women were British. 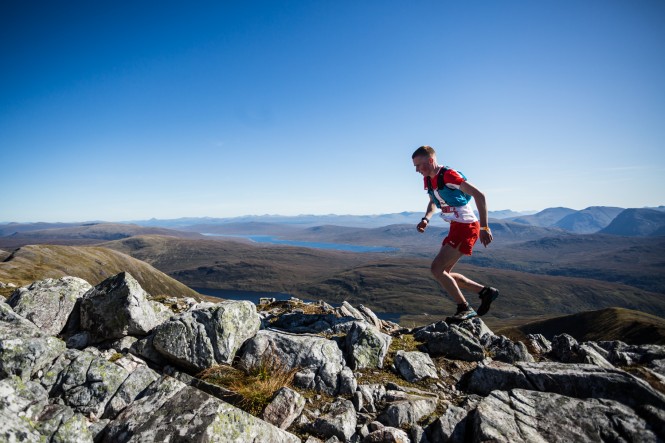 Zak Hanna is delighted to triumph in the Salomon Mamores VK 2019. Credit: No Limits Photography

Zak, aged just 23, was thrilled to triumph. He said: “I am very surprised to be the winner to be honest. It’s my first ever VK and, in fact, my first time in the Scottish Highlands.

“It is great to beat a lot of first class athletes and it’s something I hope to build on in the future.”

Zak found the course a challenge, especially under a blazing sun. He said: “It was very, very warm out there. The course was tough and it started with a boggy section lower down.

“The middle part of the climb was steep and quite slippery then it became more runnable higher up but by then my legs were in a lot of pain. I just had to grind it out to the finish at the top.” 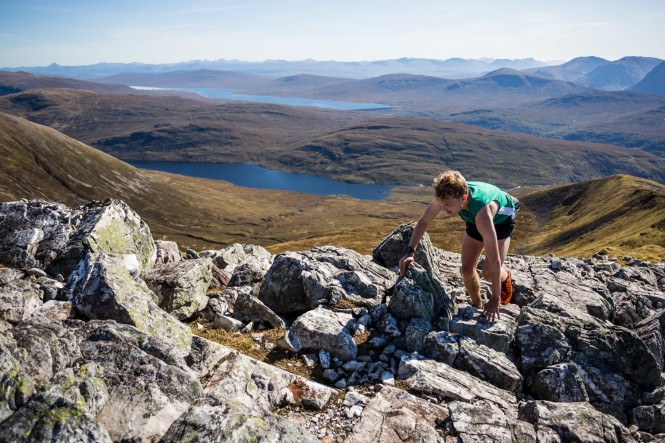 It was also Vic’s first VK although she is a legend of fell and mountain races. The 41-year-old Bingley Harriers’ runner said: “It’s difficult to know where you are in this type of race because it’s a time trial and it was also my first VK.

“I just went out there and kept trying to run as hard as I could and walked fast on other sections. It is great to have won.”

She added: “It’s Scotland in September so it was nice to have the heat. The scenery was also stunning, especially once I got to the top. All those lochs and mountains looked great in the sunshine. What more could you ask for?” 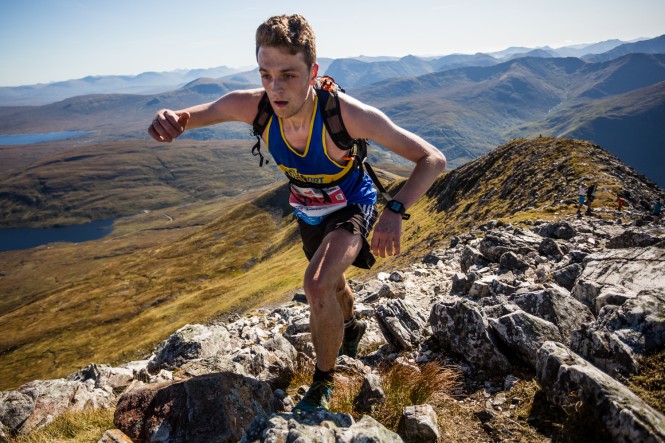 The runner on the leg breaking 1000m climb in the Highlands. Credit: No Limits Photography