The iconic Salomon Glen Coe Skyline® race first took place in 2015 based from Glencoe Mountain Centre. The race had a very grassroots feel, but it was also immediately obvious that the event would need to move to a larger venue, such was the excitement surrounding the first edition.

The following year in 2016, the first Salomon Skyline Scotland™ event occurred based from Kinlochleven and incorporating the Mamores VK® and Ring of Steall Skyrace™. Since then the event has grown year on year and it is fair to say, the event has exceeded everyone’s expectations in terms of its popularity with the mountain and hill running community worldwide. The event now takes place in Kinlochleven each September and the 2018 edition hosted the Skyrunning World Championships attracting over 2,000 entries from 57 different nations.

The Ring of Steall start line in 2018 ©No Limits Photography

Earlier this year the 2018 event was recognised for its good community engagement when nominated for the Best Sporting Event at the Scottish Thistle Awards. Although Skyline Scotland™ didn’t win, it was nominated alongside some of the most prestigious sporting events in Scotland and VisitScotland Director of Events Paul Bush OBE said:

“We are delighted with the strong calibre of sporting events shortlisted for this award, which is a reflection of the excellence and innovation that makes Scotland the perfect stage for Sporting Events… This category is a chance to celebrate the contribution that sporting events make to the national economy and recognise the important role they play in providing a platform for Scotland to show off its greatest features to audiences around the world”

Building a strong relationship with the local community has been integral to the successful year on year development of the event, and race organiser Shane Ohly from Ourea Events commented:

“We have always had a warm welcome from the local community and we have made a special effort to share our vision of the event, consult and liaise so that any disruption is minimised or avoided completely. We want the economic benefit of the event to be shared widely through our policy of using local businesses and of course, from the year-round visits from runners who like to recce the race courses before the event”.

The event has carried out a post event economic impact survey each year and the results revealed that 67% of participants spent time in Lochaber before the Skyline Scotland™ event to recce the race routes. On average, they were there for 1.7 days and brought three other people with them. This would have contributed substantial additional income in terms of travel, accommodation and food to the region, but these additional visits are not included in the economic impact report.

There has been a substantial economic impact on the local economy as a direct result of the Skyline Scotland™ weekend estimated at just over £1 million in the Lochaber region. This figure represents the money spent on accommodation, meals, entertainment, attractions, fuel, shopping etc by the participants and also includes the organisational spend of event. The event organisers employ local mountain leaders and contractors, book local venues, and have a policy of using local businesses whenever practical.

By raising funds through the Event Scotland initiative “Year of the Young Person 2018”, Salomon Skyline Scotland™ also supported Kinlochleven and Ardnamurchan school students to be involved in the event with various volunteering opportunities and to showcase the unique cultural identity of the event on a global stage. 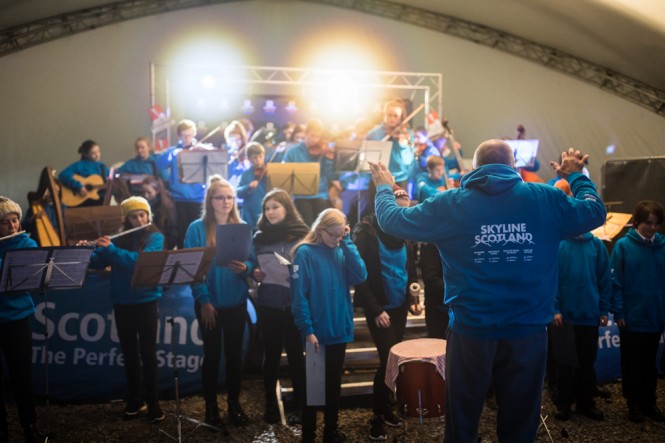 Since 2016, the event has supported the Kinlochlovin' programme which finances outdoor education opportunities for young people in the area and has also made substantial donations to Kinlochleven Community Trust for use of the facilities in the village. Glencoe and Lochaber Mountain Rescue teams have also received charitable donations from the event.

Ourea Events, organisers of Salomon Skyline Scotland™, is a member of 1% for the Planet and therefore donates 1% of its entire revenue from the event to organisations involved in conservation and ecological protection of the local environment such as the John Muir Trust for Glen Nevis and Ben Nevis, and the National Trust for Scotland in Glencoe. Since 2015 the regular donations have totalled many thousands of pounds and go directly towards offsetting the ecological impact of the event in the precious mountain environment. Alison Austin, Nevis Property Manager from the John Muir Trust says:

“We welcome Ourea events' approach to defining their route and considering the impact of their route choice on fragile habitats in the uplands. Their commitment to contributing financially to John Muir Trust allows us to continue maintaining paths and improving access to wild land which will enable many people to experience these wonderful places from elite athletes to families with young children who may be inspired to become skyline runners themselves in the future” 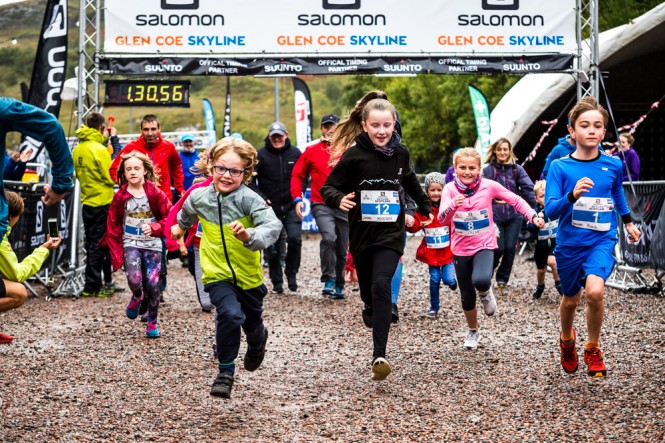