Catch up with all the action from Salomon Skyline Scotland 2019 including the epic Ring of Steall Skyrace, the new Trail Races and the Event Village #skylinescotland #goldentrailseries Summit Fever Media Steve Ashworth & Calum Maclean

Posted by Salomon Ring of Steall Skyrace on Saturday, 21 September 2019

It was a day of excitement in the Salomon Ring of Steall Skyrace today as Swiss athlete Judith Wyder ran convincingly to break the female course record and Italian Nadir Maguet claimed his first win in the Golden Trail World Series 2019.

The 29km skyrunning course posed a big challenge with 2500m of total ascent including steep climbs, airy traverses and technical descents. In addition, many struggled in the unseasonably hot September sun – and then on the final muddy descent.

The fourth edition of the exciting skyrace was won by Nadir Maguet in 3:14:47, medalling for a second time. The 25-year-old Italian was second last year in a time of 3:06:05.

Norwegian Stian Angermund-Vik, 33, a regular of the race, has twice triumphed and came third last year. He was just outside the podium today in 3:21:55. 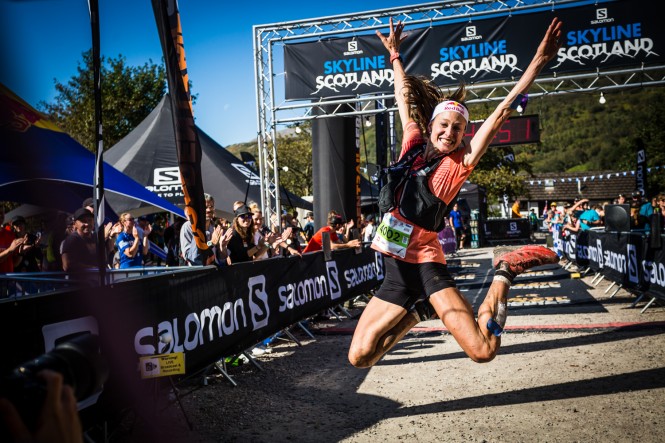 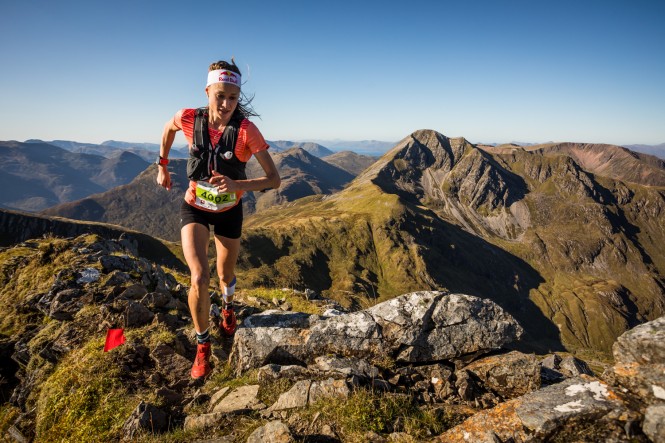 Judith dominated in the women's race. ©No Limits Photography

But it was the Salomon athlete Judith Wyder who stole the show today when she was cheered home by an ecstatic crowd in 3:36:46.

She said: “I am really pleased with my race today. I ran well on the uphills and tried to keep my calm on the ridges, especially the second ridge.

“I am very happy to break the record but I know the conditions were much better this year and Tove was running amazingly great last year.

“It would have been a nice fight this year if she had been here. We are good friends and maybe another year we will race together.” 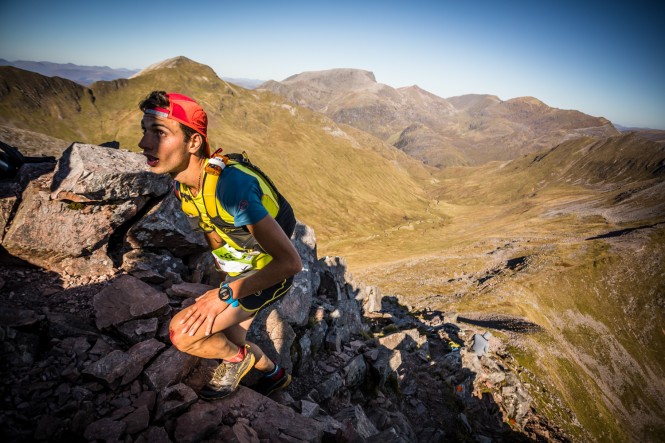 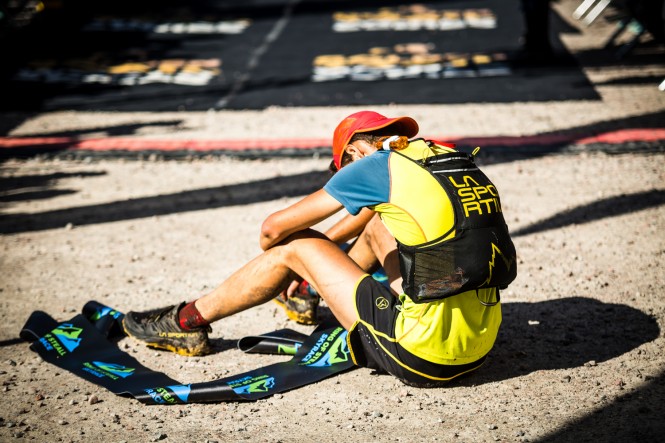 Nadir sits down to contemplate his win. ©No Limits Photography

Nadir, a La Sportiva athlete, was delighted with his performance. He said: “It was very hot and very beautiful and I am very happy with my performance today.

“It was a better race than last year because of the sun. It was my best performance of the Golden Trail World Series and I have achieved my objective to go to Nepal.

Mark Lauenstein, a former silver medallist in the World Orienteering Championships, was exhausted as he finished the Salomon Ring of Steall Skyrace. He said: “It was a tough course both physically and technically and it was hot for me.

“It was gruesome and it was beautiful. I am really, really tired now.”

Max King was thrilled to come home third.  He said: “I just wanted to go out and have some fun in the mountains today but then I found my legs felt good.

“Overall I had a great race until Mark passed me and he crushed me! I am very happy with my place, though.”

Judith also praised the Scottish course. She said: “It was very beautiful and I enjoyed the views. I have raced in Scotland before in the 2015 Orienteering World Championships and I had really bad memories because I got injured.

“I wanted a good memory from Scotland – and here it is.”

She has a young daughter and has only just broken on to the mountain running race scene. She said: “I retired from orienteering last year and now I do whatever I like to. I am an athlete and I have a young child but I also like to have fun in the mountains.

“I like to do amazing races with good organisations like in the Golden Trail Series. They are all totally different races and it is so nice to have this variability.” 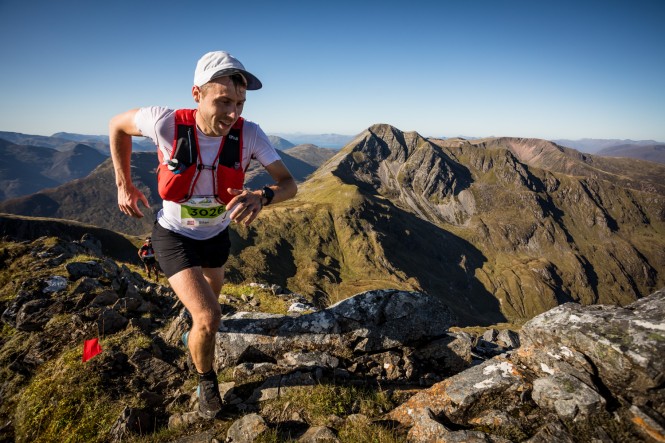 Fourth today, the previous winner Stian Angermund-Vik rates the Salomon Ring of Steall Skyrace as one of his favourite races. ©No Limits Photography 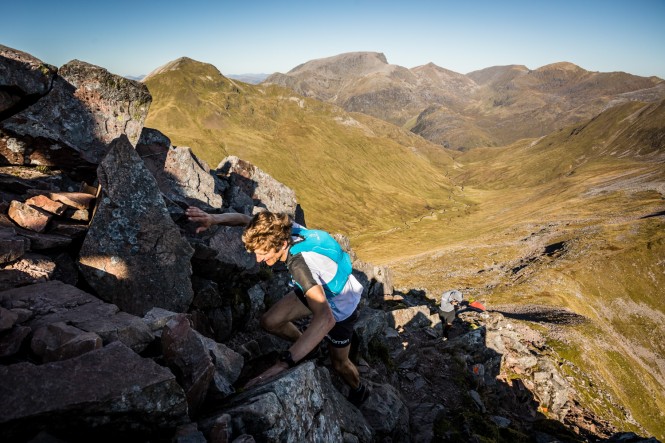 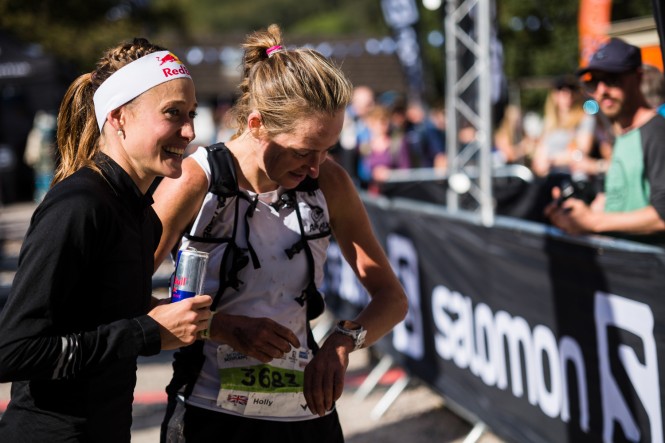 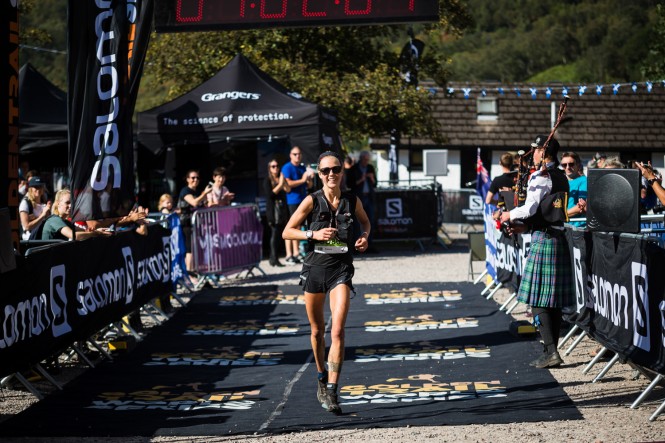 Some of the top runners today were hoping to win enough points to secure their places in the final of the Golden Trail World Series in Nepal. The Salomon Ring of Steall Skyrace was the last of six races in the 2019 series.

Athletes must compete in three of the races to have a chance of qualifying and points are awarded for placings in each.

Nadir, Marc, Stian, American Canaday Sage and Spain's Aritz Egea Caceres have done enough to rank in top 10 men, while Judith, Holly, South African Megan Mackenzie and Norwegians Eli Anne Dvergsdal and Yngvild Kaspersen made it into the top 10 female rankings. They take coveted places in the Annapurna Trail Marathon next month with a chance to win a cash pot.