The sun shone gloriously in a vivid blue sky as 330 runners competed in the Salomon Ben Nevis Ultra today. A challenging course of 52km took in a total ascent of 4000m and included an airy traverse of one of Scotland’s most famous ridges, the Càrn Mòr Dearg Arête, leading to the summit of Ben Nevis.

Did the amazing Ultra today and just wanted to give a massive shout out and thanks to all the fantastic Marshall’s..!! Great encouragement. The whole event was super organised and the happy buzz all around was just fab 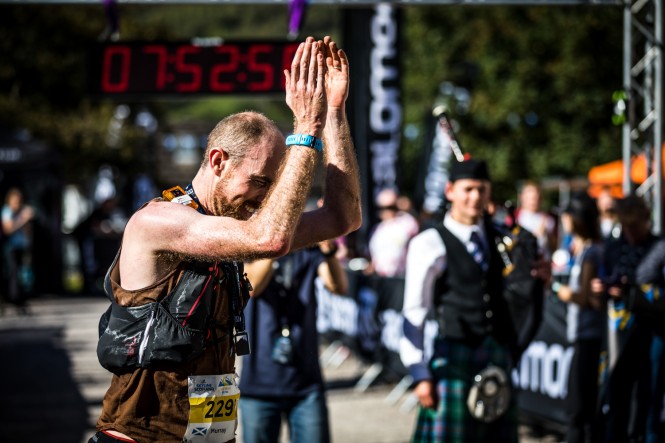 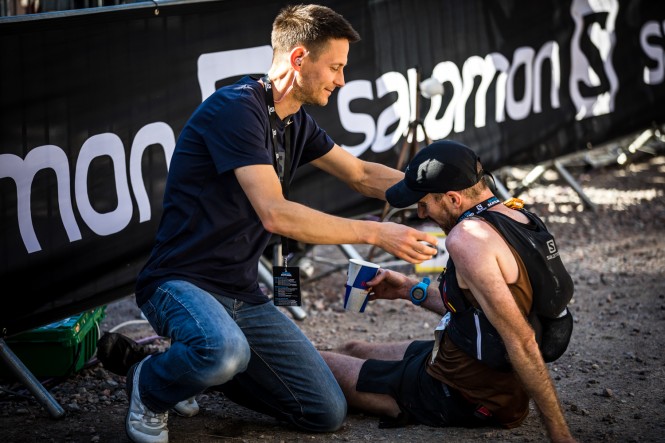 Scottish runner Murray Strain was the first to cross the line in Kinlochleven in Lochaber after 7 hours, 51 minutes and 31 seconds of running.

Despite breaking a rib earlier this summer, the 36-year-old from East Lothian, ran a well-paced race finishing more than nine minutes ahead of runner up Francisco Javier Cabrera Valdes, a Spaniard living in Inverness. (8:00:54).

In third place in the men’s race was Vincent Richrath, of Germany, in 8:14:56, although he was not quick enough to beat Katie Kaars-Sijpesteijn, the first female and third overall.

Katie, originally from Yorkshire and now living in Cumbria, looked amazingly comfortable as she stormed home in 8:05:28.

Brit Tim Morgan, who is only 22, showed huge promise in the mountains today and finished 10th overall and 9th male. 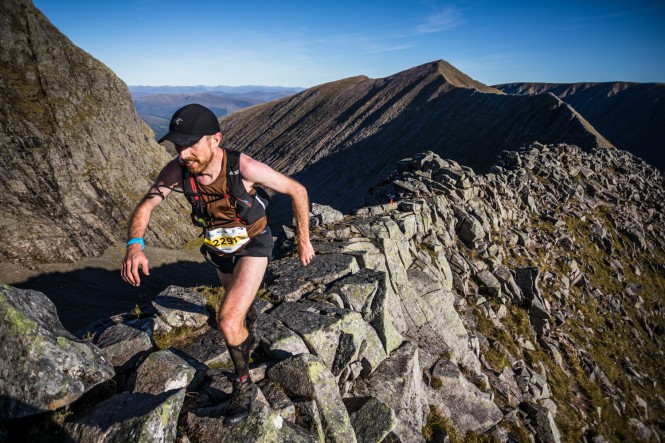 Murray, who recently moved to Cambridge, England, looked surprised but delighted by his triumph in the Scottish Highlands.

The orienteering specialist is no stranger to the mountain racing podium, with wins including the Three Peaks Race in the Yorkshire Dales and the Snowdon Race in Wales. In 2018, he scored a top 10 in the World Long Distance Mountain Running Champs. But he has not raced as much as he would have liked this year after his rib injury.

He said: "This win feels like a great success for me, especially after this summer's injury. It’s also been difficult to find the right terrain for training now that I live in Cambridge. I am happy today."

Murray, a runner with the The Hunters Bog Trotters (HBT), revealed a fairly cautious early plan for the race. Murray said: “I wasn’t sure how I would run so I set out at a conservative pace. My aim was to make it to the summit of Ben Nevis as comfortably I could.

“I also saw Tim Morgan race ahead at the start. He is young and he was fast so I decided just to let him go. I didn’t want to try to keep up in the early stages.”

Murray suffered a few cramps descending the UK’s highest mountain and slipped several times. As he headed on towards Steall Falls in Glen Nevis – and then on to the Ring of Steall section of the race – he saw Tim again.

Murray said: “I was trying to keep a smooth but steady pace and then I spotted Tim and overtook him. Tim looked like he was struggling a bit although I wasn’t feeling like a spring chicken myself either.

“Winning this race is especially nice because I wasn’t sure how it would go and because it’s part of the internationally renowned Skyline Scotland series.” 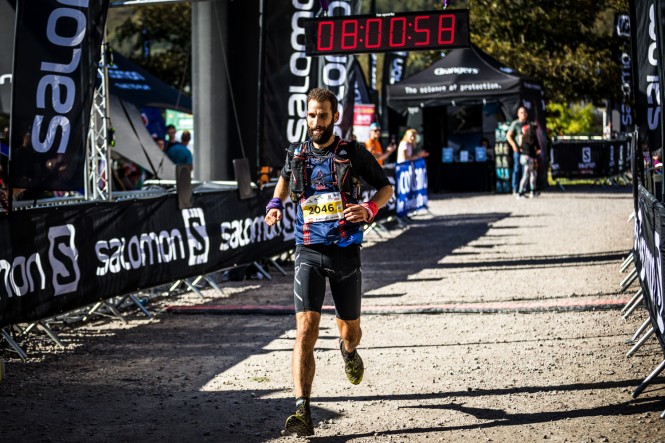 Katie, 35, could not stop smiling after crossing the finish line just 14 minutes after Murray. She said: “It was exactly the sort of race course that I wanted and I thought the weather was perfect.

“It was a brilliant and absolutely awesome route and third place overall is a nice result.” 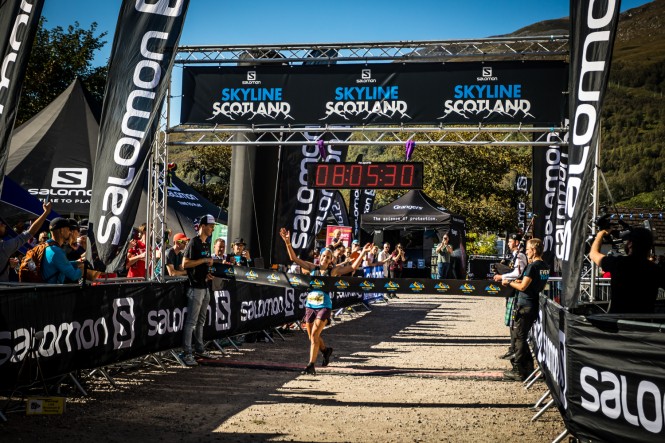 Katie Kaars-Sijpesteijn is delighted to win. Credit: No Limits Photography

Katie is a regular on the mountain racing podium, taking third place in the Yorkshire Three Peaks this year and she is a previous winner of the Lakeland 50 and Lakes in a Day. She has also represented Great Britain in two World Trail Championships.

Katie revealed that she felt ready to run in Scotland’s mountains today. She said: “I was raring to go this morning and my legs felt fresh. I'd had a bit of a break from racing beforehand.

“I knew I was in sixth place, then fifth place and then some guys appeared in front of me so I chased them. It was great to chase down the boys!”

The Salomon UK runner’s third place overall is impressive amid a strong international field. Almost 40 countries worldwide were represented in the race. She was 10th in last year's "bad weather" course on the Salomon Ben Nevis Ultra.

She said: “The longer the race and the more technical the course, the more even the racing is between men and women runners.

“I loved racing today and it was great to see the Scottish mountains looking so beautiful. It is the first time I have actually seen the CMD ridge without cloud and that was really fantastic." 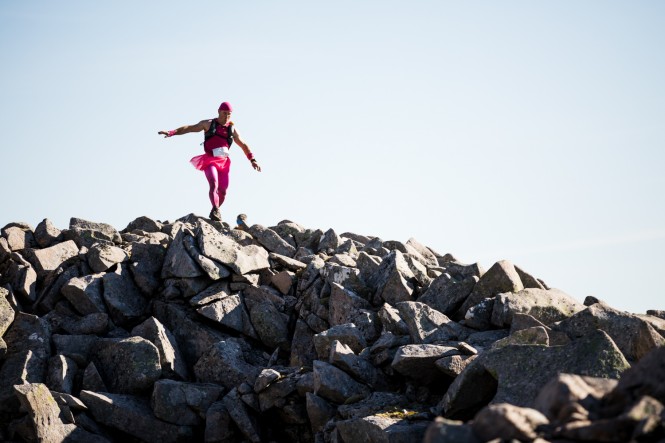