Skyrunning will be coming to Scotland in 2015 with a world-class course based around Glen Coe. Aptly named the ‘Glen Coe Skyline™’ this race has already caused a storm of speculation as rumours of its launch swept through the mountain running community earlier this year.

The provisional route starts at the Glencoe Mountain Resort and, via the West Highland Way, reaches and ascends Buachaille. A full traverse of Bidean nam Bian ensues before dropping down into Glen Coe to then climb up to Sgorr nam Fiannaidh. There is then an extended traverse of the entire Aonach Eagach ridge, before rejoining the West Highland Way and descending into Glen Coe Pass via the Devil’s Staircase and returning to Glencoe Mountain Resort. The provisional route statistics are approximately 45km with 4500m of ascent.

As many experienced hill walkers and climbers have pointed out, this route covers some of the most challenging mountain terrain in the UK with long sections of exposed and serious Moderate standard rock climbing. 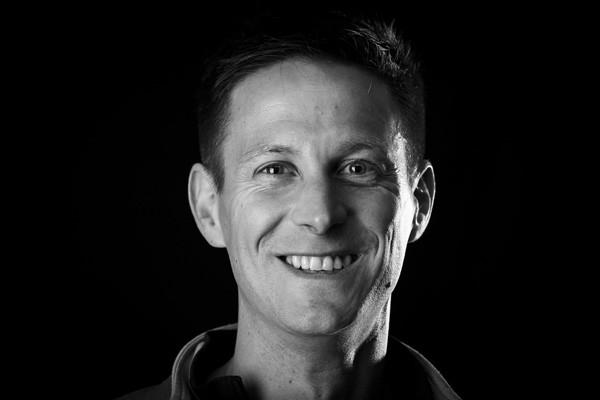 Above: Glen Coe Skyline™ Race Director, Shane Ohly. Shane Ohly has worked as the Planner, Race Director and/or Event Director at some of the UK and Ireland’s largest adventure sport events including many adventures races, Rat Races, Men’s Health Survival of the Fittest, Nokia Nordic Adventure Race Series, iROC Adventure Race in addition to every event organised by Ourea Events since 2012. He is also an elite mountain runner and orineteer who won the coveted OMM Elite in 2011. Find out more HERE. © Ian Corless

Race Director Shane Ohly explained, “I am not trying to create another fell or trail race, but bring to the UK World class Skyrunning and a course that has World class challenges. It is not meant to be easy, and a course of this caliber has inherent risk. We are not creating another mass participation running event, rather, a world-class course for experienced and competent participants. The Glen Coe Skyline™ is a fusion of mountain running and alpinism where competitors need to be skilled at both disciplines to negotiate the course.”

Indeed, there has been a hotly debated forum thread about the Glen Coe Skyline™ on the popular UKClimbing / UKHillWalking website, and in response, Ohly has provided a detailed Q&A about the race, which is available HERE.

Leading British Skyrunners were quick to endorse the route with Tom Owens from the Salomon International Team saying, “Wow - This will be a seriously brilliant and challenging route,” whilst teammate Any Symonds said, “Excellent! Glen Coe Skyline. Couldn't get much of a better setting and route for a Sky Race in the UK.”

Ohly continued, “The Glen Coe Skyline™ follows in the finest tradition of the most prestigious Skyrunning races and competing on such challenging and technical terrain is not without precedent.”

For an event that has not even happened, the Glen Coe Skyline™ is already one the most talked about races on the UK calendar and it is clearly challenging many observers’ perceptions of what mountain running is. 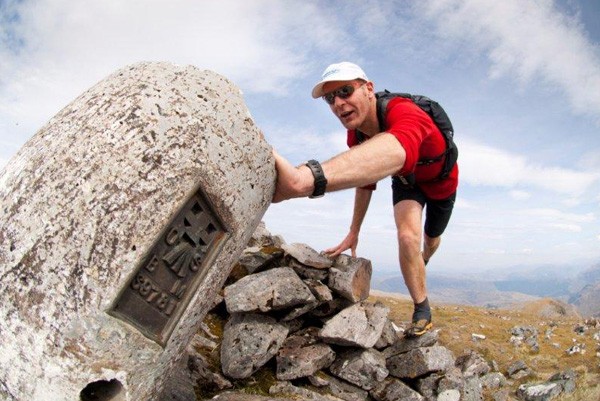 Glen Coe Skyline™ Race Planner, Gary Tompsett. Gary Tompsett is a consultant Event Planner and Event Creator of some renown, and a consummate participant and podium placer in mountain marathons, foot orienteering, hill running, adventure racing, MTB racing and MTB orienteering. No better credentials will be found for an adventure-maker in the UK! Living near the Highlands of Scotland, Gary has a deep knowledge of Glen Coe Skyline™ route and planned the 2007 Adventure Race World Championships held partly in the Glencoe area.

Ian Corless from Skyrunning UK provided further context to the race, “The UK may lack high mountains but we have unique terrain and what we lack in altitude can be compensated for with challenging routes as we have seen at the V3K and the Mourne Skyline MTR. The Glen Coe Skyline™ however takes Skyrunning UK to the next level! Having experienced the iconic Trofeo Kima in Italy in 2012 and 2014, I was inspired to extend that experience to a UK and worldwide audience but on UK soil. Shane Ohly and his team have put my dream into reality. The Glen Coe Skyline™ will arguably be the toughest race in the UK and takes it inspiration from the Skyrunner World Series races such as the Dolomites, Zegama-Aizkorri and Tromso SkyRace’s®. The Glen Coe Skyline™ will not be for everyone though; it is a challenging race over a tough and technical course. It harks back to Marino Giacometti’s vision of Skyrunning that was created on the slopes of Monte Rosa in the late 80’s.”

The organisers have been careful to consider the impact the race may have on other recreational users of Glen Coe and have been working with the National Trust for Scotland who are the major landowner.

Rebecca Amiel, Individual Giving Manager, from the National Trust for Scotland said “We are delighted to be involved in Scotland’s first skyrunning event at Glencoe.  We look forward to welcoming participants who may never have visited Glencoe to take in its beauty as they complete this challenging event. The National Trust for Scotland is Scotland’s largest conservation charity and relies on membership and donations to care for these wonderful places.  The magnificent landscape of Glencoe is loved by so many, yet cared for by so few which is why it’s so important to raise the profile of our conservation work. Find out more about the Footpath Fund and mountain conservation at www.footpathfund.org.uk”

Ohly added, “Each year Ourea Events™ (the company organising the Glen Coe Skyline™) donates 1% of its total income to charitable environmental organisations at the forefront of the protection of the mountain environment. The business has been a member of 1% of the Planet since day one because, whilst we always seek to mitigate our environmental impact, we understand that we do still have some form of impact, but our policies over the years have given some very attributable payback.”