The category which was launched as a national category for the first time this year celebrates the importance of sporting events in providing a platform for Scotland to show off its greatest assets.

The year-on-year development of Salomon Skyline Scotland™ culminated in the Skyrunning World Championship in 2018 which attracted more than 2,000 runners from 60 countries. Judges praised the sheer sporting excellence of all the athletes competing in this location as well as the good community engagement and strong media profile.

The Scottish Thistle Awards celebrate success, innovation and excellence in Scotland’s tourism and hospitality industry. The Best Sporting Event category is open to any recurring sporting event involving a sporting activity whether a participating or spectator event which inspires and involves all guests, whether local or visiting.

“We are delighted with the strong calibre of sporting events shortlisted for this award, which is a reflection of the excellence and innovation that makes Scotland the perfect stage for Sporting Events”

“On behalf of the panel, I’d like to congratulate all of those sporting events shortlisted for the national final. The Scottish Thistle Awards let us recognise the unsung heroes of our industry who show real dedication and enthusiasm for Scotland’s tourism industry and we look forward to celebrating another fantastic year of excellence, innovation and best practice with all our wonderful national finalists in March” 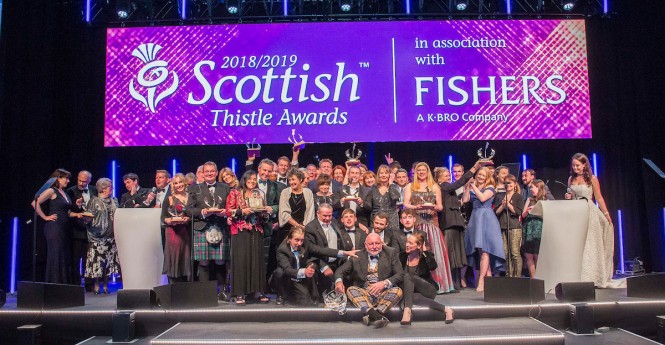