On Thursday 15th September 2016, the Salomon Glen Coe Skyline™, part of the 2016 Salomon Skyline Scotland event, featured in an hour-long episode of BBC Two Scotland's The Adventure Show. Presenters Dougie Vipond, Duncan McCallum, and Deziree Wilson took up positions around Glen Coe to capture the epic second edition of the race, bringing Skyrunning into the homes of millions of UK viewers.

Posted by The Adventure Show on Monday, 28 November 2016

"The rugged mountains of Lochaber provide a spectacular backdrop to one of the toughest adventure races in the world. The Salomon Glen Coe Skyline attracts a top-class international field and the Adventure Show follows competitors as they tackle a course which includes nearly 5,000 metres of ascent over terrain that many would describe as rock climbing." 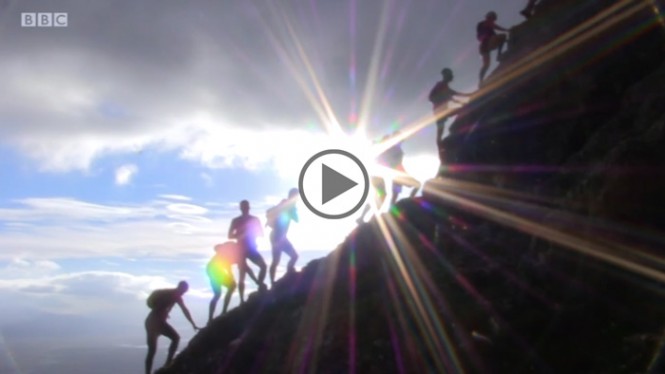 UK viewers will be able to catch up on iPlayer until January 7th. Watch the full episode now.

Outside of the UK? Similar footage will be enabled for satellite broadcast in 2017. Watch this space!