The event village at Kinlochleven, in Lochaber, Scottish Highlands, also has plenty of entertainment, activities, talks, workshops, food and drink for both spectators and runners.

Registration for the Ring of Steall™ was busy this evening and will be open again tomorrow morning from 7am to 8.30am. 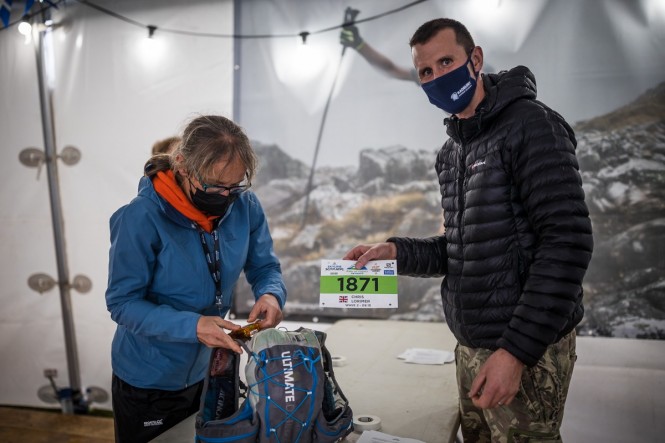 Participants sign up for their races. © No Limits Photography 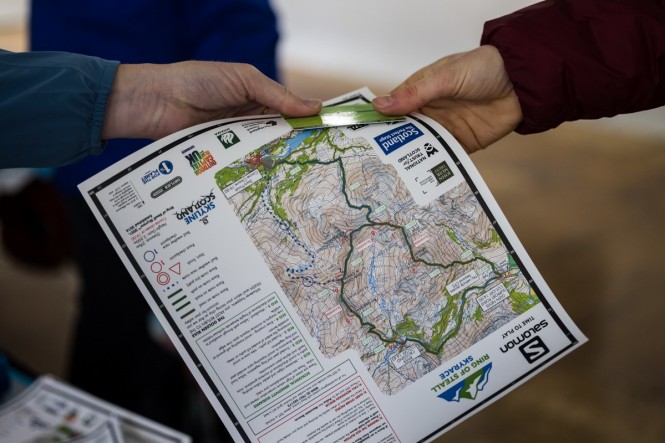 A race map collected at registration. © No Limits Photography 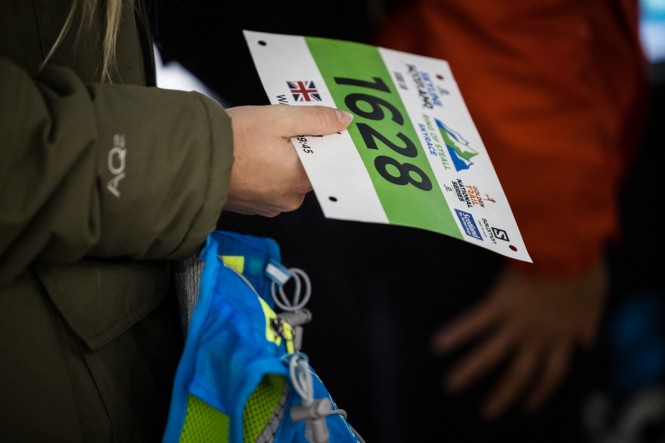 ​A busy registration. © No Limits Photography 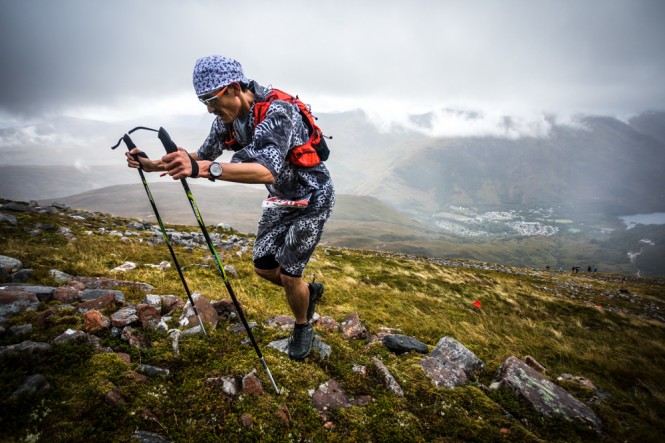 A steep and tough push uphill on the Salomon Mamores VK. © No Limits Photography

The race follows the International Skyrunning Federation Vertical Kilometer® format in which participants run a marked course gaining 1000m of height in less than 5km. From Kinlochleven there is a leg and lung-busting ascent from sea level to mountain summit.

Participants are set off at timed intervals with the winner having the fastest overall time to the summit.

In 2021, the Salomon Mamores VK features in the VK OPEN Championship by the International Skyrunning Federation. 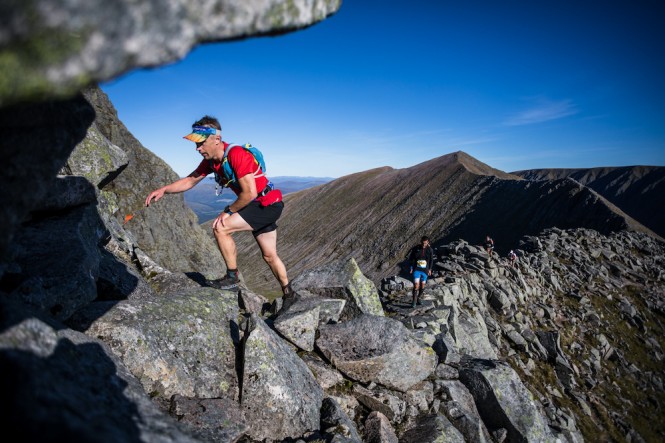 Stunning scenery and ridges on the Salomon Ring of Steall Skyrace. © No Limits Photography

The Salomon Ring of Steall Skyrace™ also takes place tomorrow. It is the final of the Salomon Golden Trail National Series UK this year.

The 29k skyrunning route has a total ascent of 2500m and incorporates two lofty ridges in the Mamores mountain range. There are four mountain summits to reach.

Why not take advantage of the entertainment at the Skyline Scotland event village before and after heading to the finish line to watch the runners come in? The fastest runners in the Salomon Ring of Steall Skyrace™ are expected to finish at about noon.

The Salomon Golden Trail National Series has already featured three races and the runners to keep your eyes on in the Salomon Ring of Steall Skyrace™ are Tom Adams, Elsey (Eleanor) Davis and Kirsteen Welch.

All three are in a great position to book a place to the the GTS Grand Final in the Azores, Portugal, next month.

Before the race, Tom said: “I'm really looking forward to the Ring of Steall. I'm potentially a little nervous of how rugged the course may be, but I'll just take it as it comes.

“I've no real idea how I'll place in the field with so many international athletes on the start list, but as always I'll give it everything and then some.

“The Golden Trail Series UK have been brilliant this year – impeccably organised and great events to be at.  I'm sure the Ring of Steall won't disappoint.” 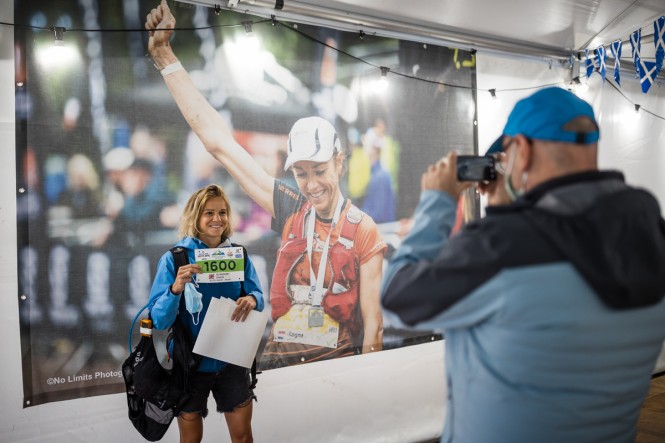 Look out for runner Elsey Davis at the finish line. © No Limits Photogpaphy

Elsey said: “I am excited about the race and I’ve heard lots of good things about the course. I think it will be a nice challenge for me.

“I’ve never done a Skyrace before so I’m mainly hoping to get around in one piece and enjoy it in the process.”

Donnie Campbell, who holds the record for the fastest round of all 282 Munros, will also be on the start line. He has focused on cycling this summer with a record time on the Badger Divide and also the An Turas Mor route from Glasgow to Cape Wrath.

He said: “Ring of Steall packs a big punch for 29km. It has two big steep climbs with some nice technical ridges that give spectacular views over to Lochaber the Munros in the north and to Glencoe Munros in the south. It is short and fast.

“I am not competitive over shorter races like the Ring of Steall as I am more suited to the longer stuff. However, having finish Au Turas Mor cycle sportive two weeks ago my body doesn’t feel ready for the Salomon Glen Coe Skyline®. So, I am just going to go out and enjoy the Ring of Steall race and see it as a good speed session without feeling any pressure to do well.” 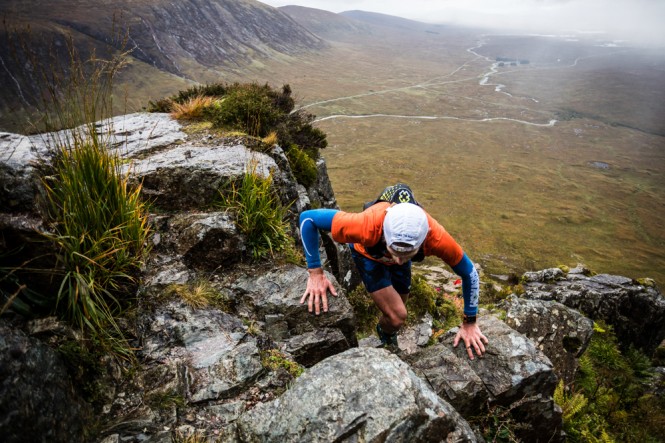 A runner in the Salomon Glen Coe Skyline. © No Limits Photography

Sunday sees two more skyrunning races being played out in the Scottish mountains. The iconic Salomon Glen Coe Skyline® is a 52km race with 4750m of ascent.

Georgia Tindley, who lives in Kingussie in the Highlands, returns to defend her title, won in 2019. She finished in 8:30 so it will be interesting to see what she runs this year.

The course fuses mountain running and alpinism to provide a test of speed, endurance and skill on an uncompromising, world-class course in the heart of spectacular Glen Coe.

The route ascends Stob Dearg (Buachaille Etive Mor) via the exposed Grade III scramble (a “moderate" graded rock climb) of Curved Ridge, as well as a traverse of the sustained ridge, the Aonach Eagach.

The fastest runners are excepted to finish at Kinlochleven at around 13.55 if you want to enjoy the excitement of competitors crossing the line. 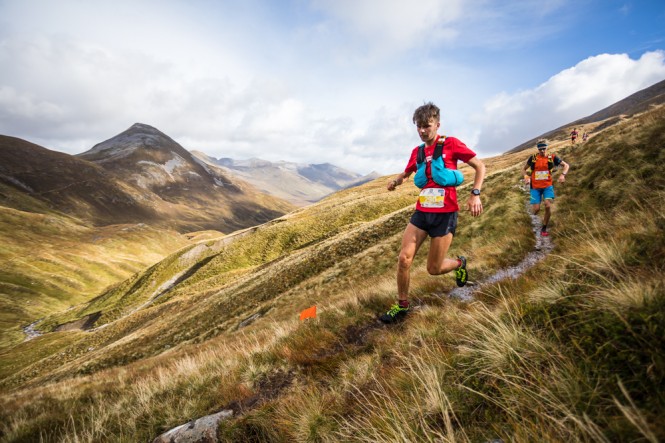 Also taking place on Sunday is the Salomon Ben Nevis Ultra™. The 52km route features a mix of trails, singletrack, airy ridges and high mountain passes. The total elevation of 4000m takes in the summit of the UK’s tallest mountain, Ben Nevis at 1345m. 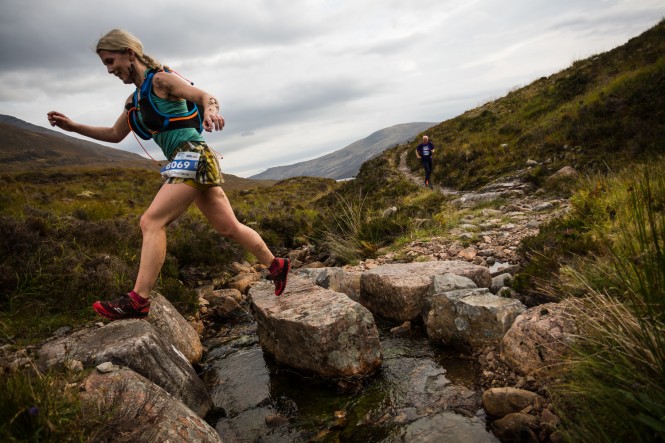 A runner enjoys the trails near Kinlochleven. © No Limits Photography

Skyline Scotland challenges runners to take part in one of three trail races: The Grey Mare's Trail Race - 5K on Saturday morning and the Loch Eilde Mòr Trail Race - 10K and Three Mealls Trail Race - 18K on Sunday morning. Again there will be lots of finish line action in the event village on both days. 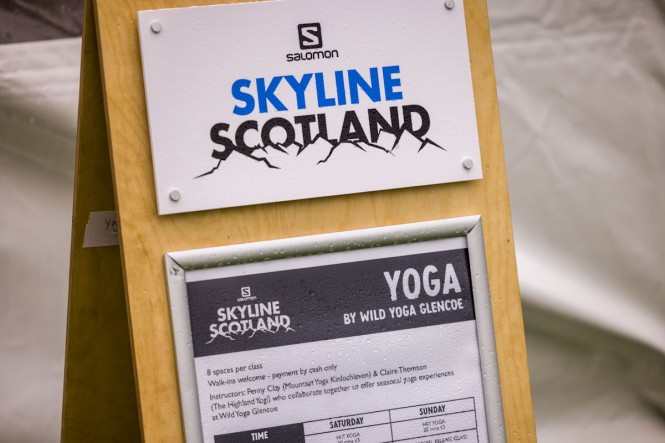 Join in a range of activities in the event village. © No Limits Photography 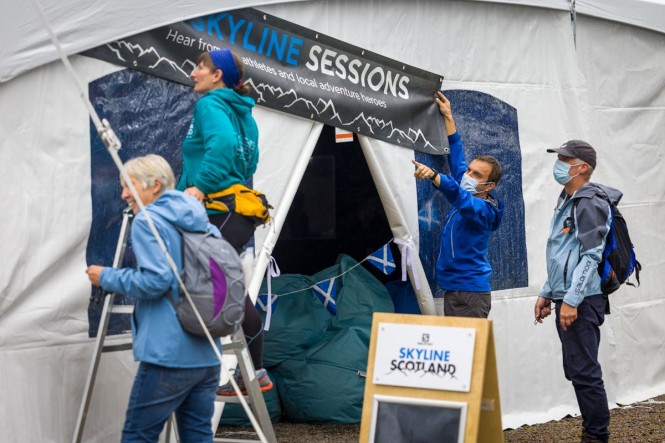 Check out the talks in the Skyline Sessions tent. © No Limits Photography

There is something for everyone during a great line-up of talks over the Salomon Skyline Scotland weekend. The event village is located next to the Ice Factor in the centre of Kinlochleven. Here you will find food and drink options, exhibiting outdoor brands, such as Salomon, Petzl and La Sportiva, free talks in the form of the Skyline Sessions, live music and prize ceremonies, as well as live commentary and race updates on a big screen TV at the finish line.

​Take a seat and listen in to a great series of free talks and presentations. 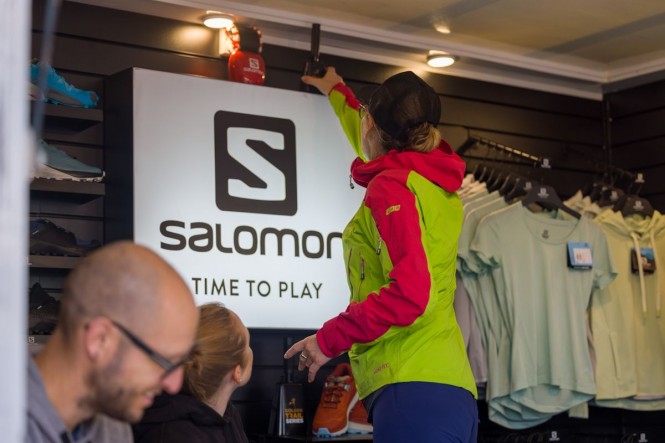 Browse brands in the events village. © No Limits Photography

Other activities this weekend include guided spectator walk and yoga sessions, as well as running workshops from Girls on Hills and Trail Running Scotland. In addition, Skyline Scotland is hosting a Scottish Urban Orienteering League race.

A big thank you!