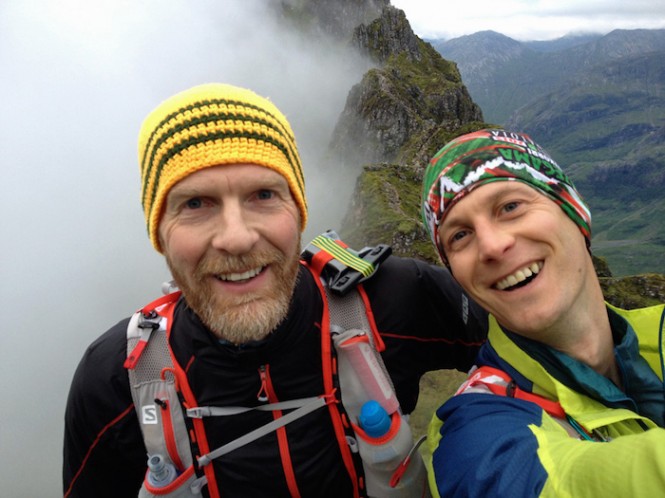 First, we would like to say that the time is not indicative of a race time as the purpose of this completion was to discuss and confirm many of the micro route choices in situ (that will be marked by the waymarking team), to complete a final conformational risk assessment of some specific sections of the course, and to create a ground proven GPS route that can now be shared with the competitors.

Shane completed the Tromso Skyrace on Sunday 2nd August so it was incredibly useful to take this experience and examples of good practice to fine-tune some of the Salomon Glen Coe Skyline™ plans. On the same weekend as Tromso, Gary completed the entire bad weather Salomon Glen Coe Skyline™ course solo (and in bad weather). The two have now been completely immersed in the details of Skyrunning courses in the last few weeks. 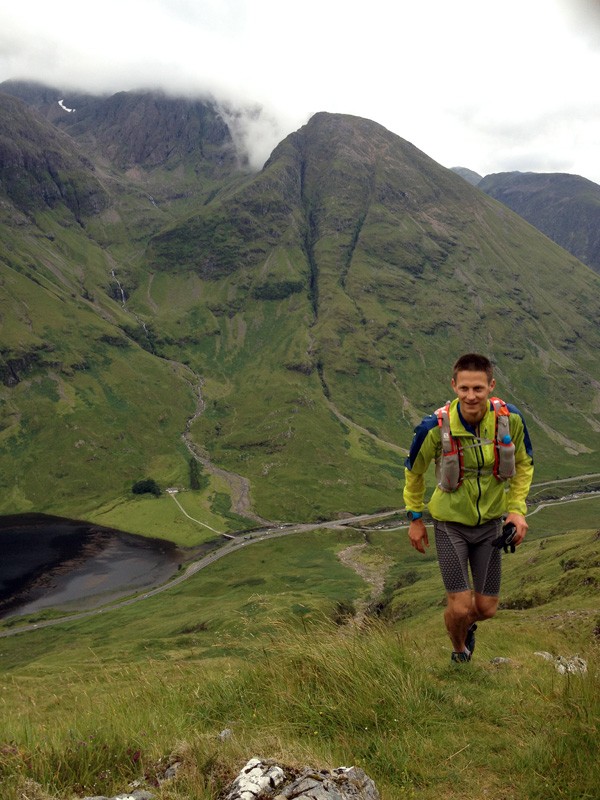 As it turned out the weather was entirely suitable yesterday for the recce. They had intended to start at 0700 to match the 0700 start time for the race and therefore mimic the movement of competitors’ through the course but were delayed talking with various people and placing public information signs about the race in Glen Coe. What was interesting from this was that every local they spoke with (they deliberately sought conversations with anyone they met – as they often learn surprising and useful things doing this), knew about the race. They even met a competitor in the Glencoe Mountain Resort about to head off on his own recce – see you on the 22nd Rudi!

Anyway, they didn’t set off until after 1000 in the end and there was low cloud shrouding the mountains and gentle drizzle in the air. This meant they completed Curved Ridge in the wet (again!) and also allowed them to meet some other parties on the route (they all knew about the race, and there was no problem passing each other as they moved upwards a little quicker than average).

They often stopped to discuss micro route choices that will be waymarked and it is really important to emphasise the importance of competitors following the route waymarking precisely. Very often the route waymarking is designed to pull the competitors in particular micro directions to avoid specific areas of loose rock and scree (or other hidden dangers) and event planning considers not just that individual competitors safety, but also the safety of the other competitors below them. Hence, why at times the waymarking may take a long diagonal ‘zigzag’ up a slope rather than following the straight up route. The strong – essential – message to the competitors is to always follow the waymarks as these have been very carefully considered to minimise risk for everyone. We must also emphasize the wording ‘minimise risk’ rather than saying ‘remove risk’. At the end of the day there are areas of loose rock and scree and a considered approach by all the competitors is important. 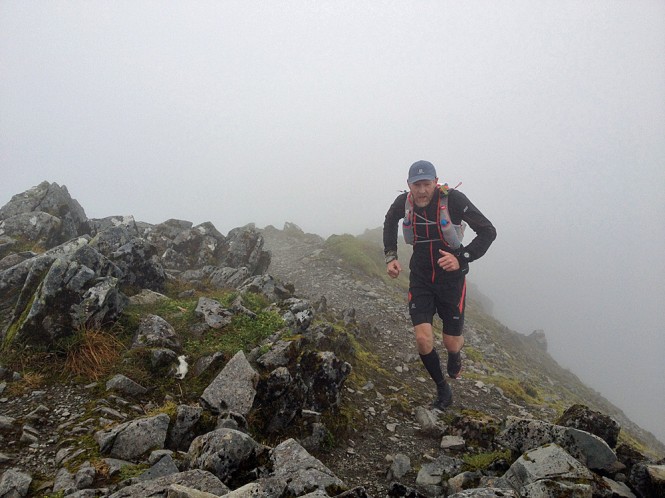 Also, on the waymarking front, the National Trust for Scotland who are the major landowner and have been entirely supportive of the event have asked that we do not create new desire lines (new paths) so competitors will find the marked route pulling them towards specific paths in places rather than following the (off-trail) racing line between two locations. Competitors must respect this and follow the waymarking at all times.

We won’t dwell too much on the details of Gary and Shane’s experience yesterday, suffice to say that the course is monstrous, incredible, challenging, awesome, amazing etc. and both Gary and Shane are buzzing from a superb day in the hills.

However, we will add that it was noticeable how they slowed down (especially when down climbing) on the Aonach Eagach Ridge at the end of the day. Competitors should be alert to the fact that they will need to ‘switch on’ and take care as they tire towards the end of the day.

Shane and Gary also wanted to finish the route in the dark to get a similar experience to our slowest competitors who will finish the full route in the dark. They were very lucky to have started later than planned in the end as this meant they were treated to the Perseids meteor shower in the final kms. Amazing!

Final details will be emailed to the competitors on Friday this week. 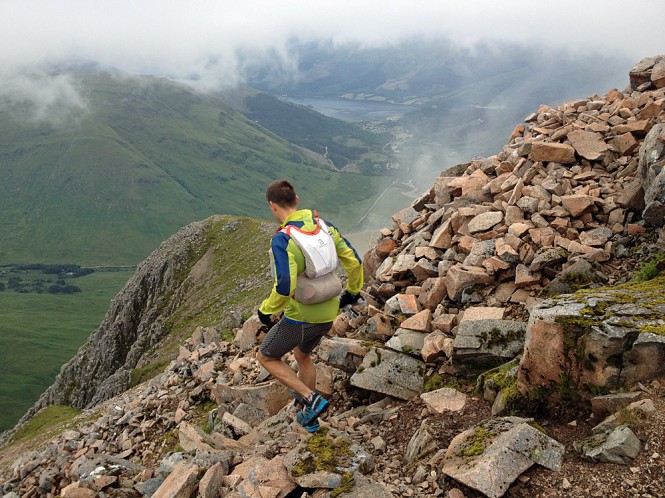