Edinburgh-based Andrew Fallas and Georgia Tindley, from Kingussie, in the Highlands, triumphed in the Salomon Glen Coe Skyline® 2021.

Revealing how tough the conditions were today, with rain, wind, slippery rock and very muddy terrain, Andrew, 41, finished in 07:56:11, almost half an hour slower than the last time he raced this course in 2016.

The Merrell athlete, who had a double win in 2016 in the Salomon Mamores VK™ and the Salomon Ring of Steal Skyrace™, said: “It was a good day out but it was also really tough. It was really greasy on the rocks and it was cold and windy. It was much harder than last time.”

Andrew, 41, is a Carnethy Hill Running Club athlete. He also said the conditions were hard. He said: "It is good to win, however, it was very difficult on the ridges and I had to take it slowly. It was slippery and a bit dicey.

“I tried to put in a lot of effort on the less technical sections.”

The Carnethy Hill Running Club athlete led for a lot of the race although he confessed he was worried he would be caught. “Later on in the race, on the Aonach Eagach ridge, I thought a couple of guys were catching me. It meant I couldn’t really relax. 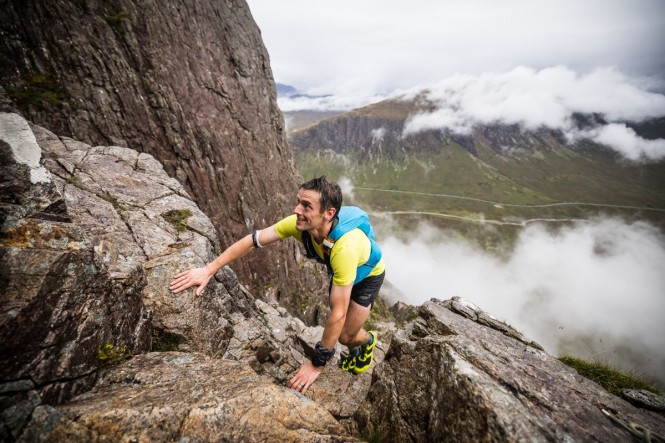 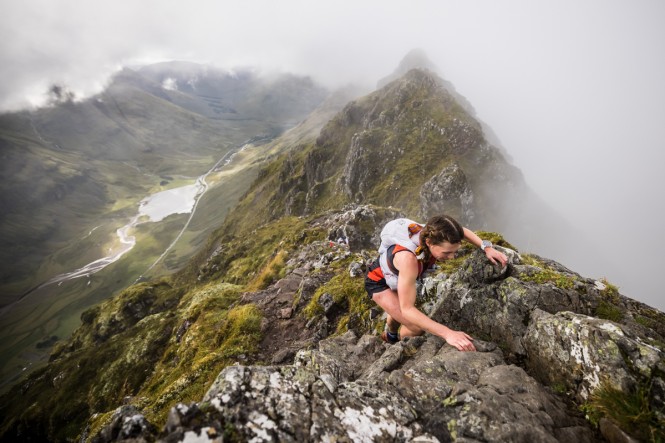 Georgia on the Aonach Eagach ridge. © No Limits Photography 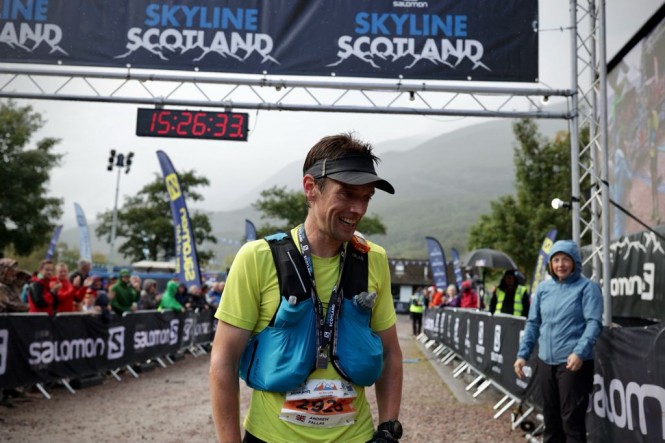 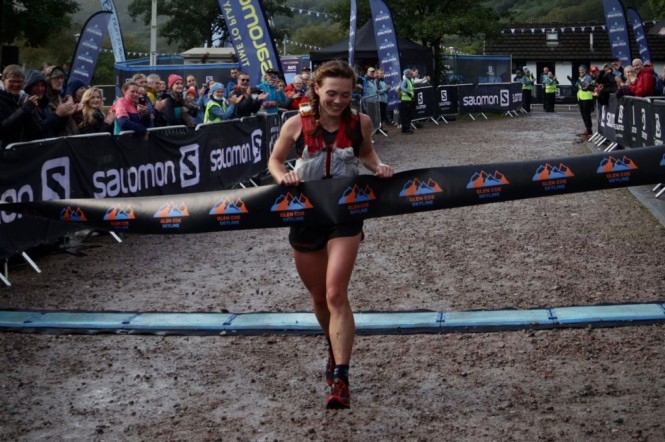 A battle for 2nd and 3rd places

George Fisher and Peter Davies enjoyed a bit of battle for second and third place respectively. George finished in 08:03:05, while Peter was fewer than five minutes behind in the end in 08:08:35.

George, 26, has only recently moved to Fort Augustus. It was his first mountain race and debut ultra. He said: “The race was really, really tough. The weather made it a hard race.  Coming off Aonach Eagach it was slippery and I wanted to try to catch the first runner but the descent was hard.

“I really enjoyed it overall and I am pleased with my finish.”

Runner up in the women's race was Rebecca Howard, who finished in Kinlochleven more than two hours behind Georgia in 10:49:38. The third female to finish was Catherine Magill in 11:06:49. 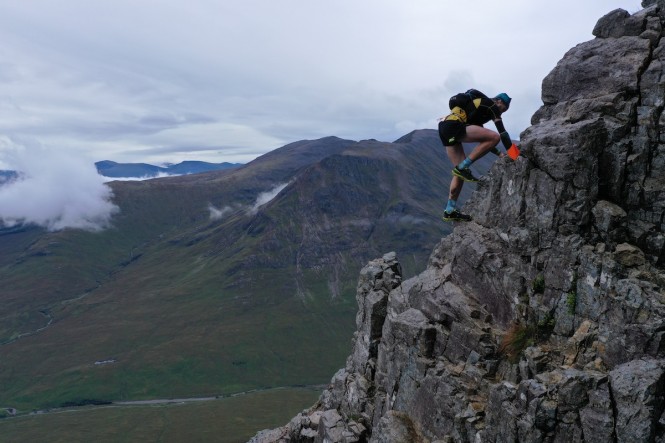 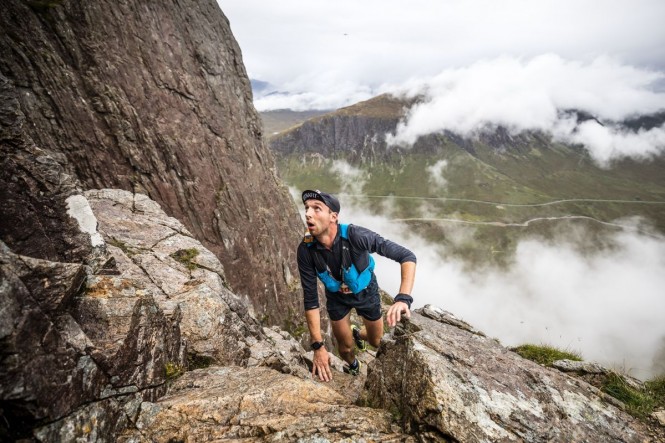 ​Looking up at Curved Ridge. © No Limits Photography 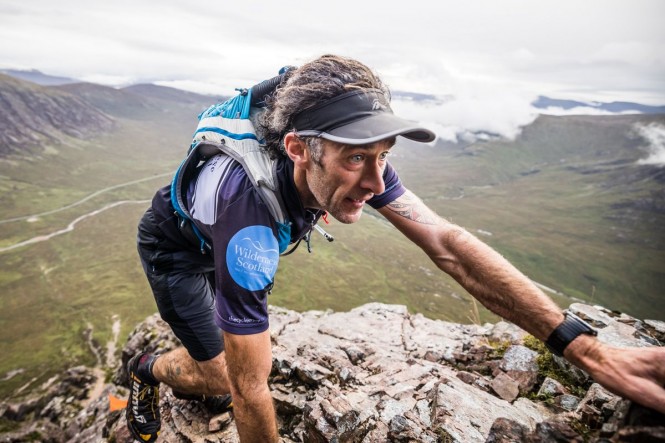 A competitor tackles one of the ridge on the Salomon Glen Coe Skyline. © No Limits Photography 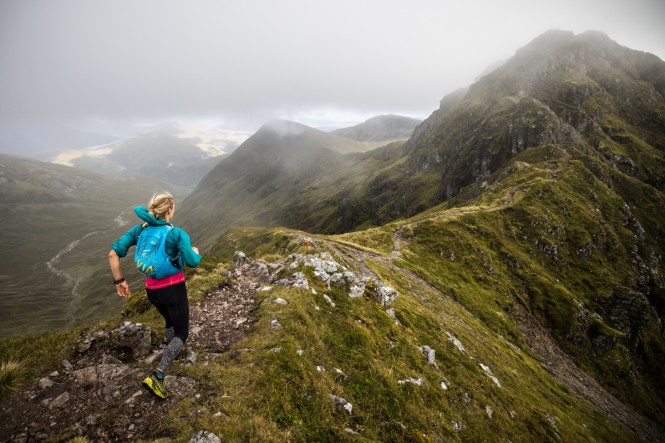 Runners on the Aonach Eagach ridge this afternoon. © No Limits Photography 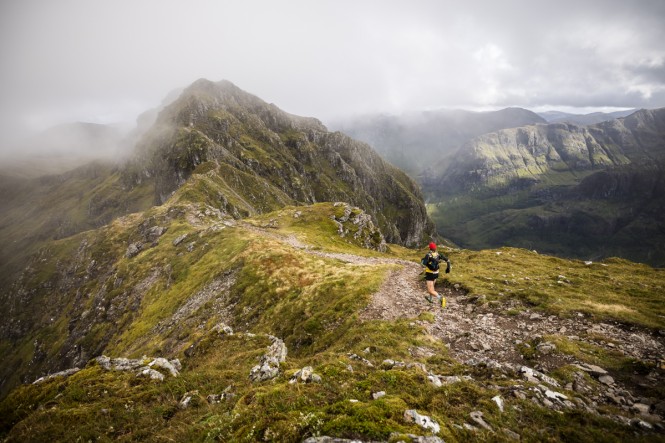 Tough conditions on the Aonach Eagach ridge. © No Limits Photography 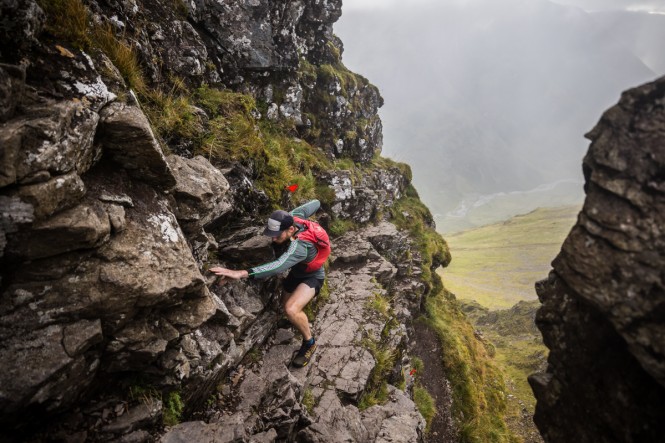 An airy traverse of the Aonach Eagach ridge. © No Limits Photography

What is the Salomon Glen Coe Skyline®?

The Salomon Glen Coe Skyline® follows in the finest tradition of the best skyrunning races, fusing mountain running and alpinism in a test of speed, endurance and skill on an uncompromising, world-class course.

A technical and very challenging course extends to 52km with a total ascent of 4750m. The course includes two notoriously challenging ridges. First is Curved Ridge, which climbs steeply on the iconic Stob Dearg (Buachaille Etive Mor) via an exposed Grade III scramble.

Runners then commit to a full traverse of the Aonach Eagach, which includes a leg-busting ascent and descent and some exposed Grade II scrambling.

Register to be told about entries for 2022