A sunny weekend of mountains, smiles, records and new races

The September sun blazed as some 2,000 athletes from 59 countries worldwide enjoyed a packed programme at the Salomon Skyline Scotland 2019 Festival of Mountain Running. 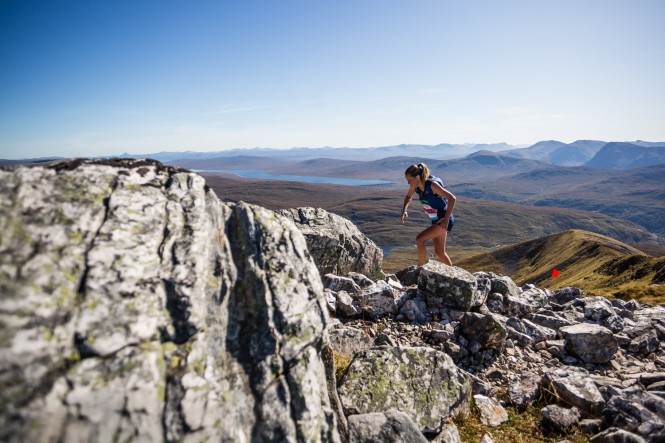 The excellent conditions over the weekend showcased the very best of the Scottish Highlands! ©No Limits Photography

The three-day event, based in Lochaber, in the heart of the Scottish Highlands, included four mountain races, the Salomon Ben Nevis Ultra, the Salomon Mamores VK, the Salomon Ring of Steall Skyrace and the Salomon Glen Coe Skyline.

The Salomon Ring of Steall Skyrace was also the final race in the Golden Trail World Series. 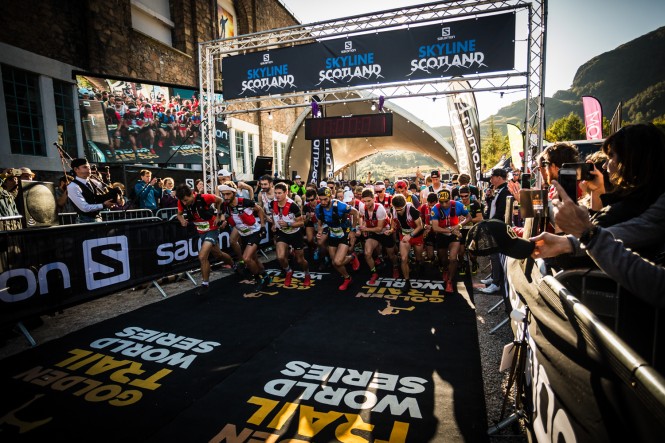 The start of the Salomon Ring of Steall Skyrace, part of the Golden Trail World Series ©No Limits Photography

Highlights of the Mountain Races

All the races celebrated the magnificent landscape and terrain of the west Highlands. So many athletes praised the routes for being “challenging”, “unique” and “beautiful”. The runners also greatly appreciated the fine conditions.

Highlights of the mountain races included Judith Wyder, of Switzerland, smashing the record in the Salomon Ring of Steall Skyrace.

Italian Nadir Maguet was thrilled to better his second place in 2018 and win outright this year. Judith and Nadir, along with a number of others runners, secured their places in the final of the much anticipated final of the Golden Trail World Series in Nepal next month.

Nadir said: “It was a better race than last year because of the sun. It was my best performance of the Golden Trail World Series and I have achieved my objective to go to Nepal. 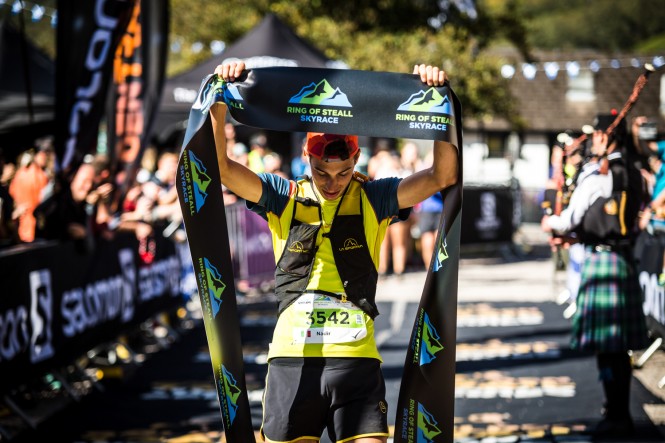 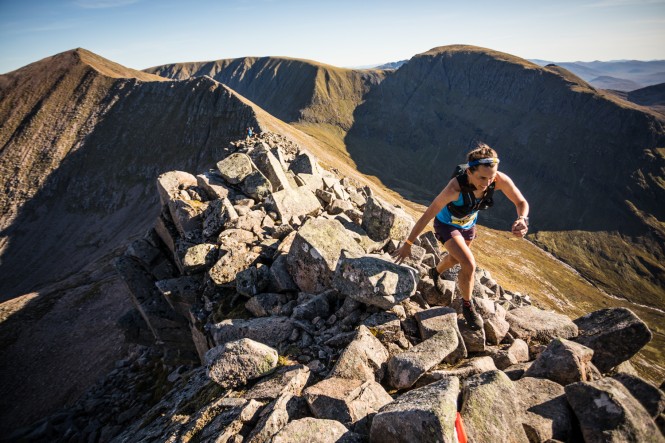 Although no records fell in the Salomon Glen Coe Skyline, Norwegian Erik Johannes Husom was thrilled to win his first skyrace. He said: “I can’t believe it. It is incredible to take the win here. This is the biggest race yet for me.”

Georgia Tindley, who lives just a couple of hours north in Kingussie, in the Cairngorms, was the first female in the in the Salomon Glen Coe Skyline. She adds the triumph to her 2016 Salomon Mamores VK and Salomon Ring of Steall Skyrace wins.

A record number of female athletes also ran into the top 10 finishing places overall in all but one race at this year’s Salomon Skyline Scotland. 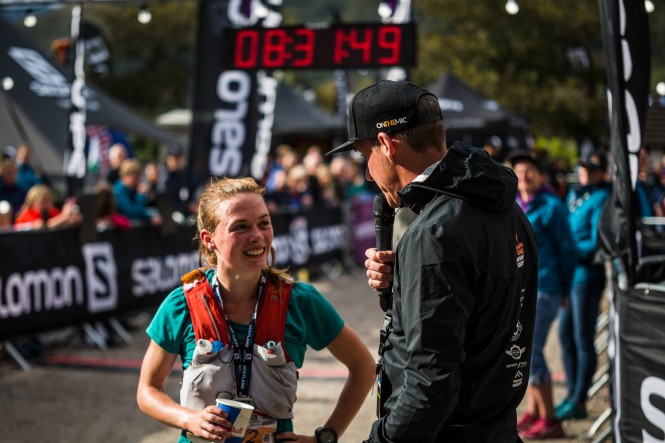 Three new trail races – a 5k, 10k and 18k – were also launched and received great feedback for being “challenging”, “gnarly”, “on great singletrack” and with “amazing views”.

Many runners said they were running the trail races as the stepping stone to a bigger race next year.

In the Three Mealls Trail 18k race, which was won by Yorkshire’s Ben Mounsey, the runner-up Matt Clark, from the Lake District, said: “It was a great race and I am planning to build up to take part in the Ring of Steall Skyrace next year.”

The Loch Eildhe Mor 10k was won by the event’s piper Louis MacMillan, who entertained by playing the pipes throughout the weekend and then swapped his kilt for shorts on the Sunday to race. 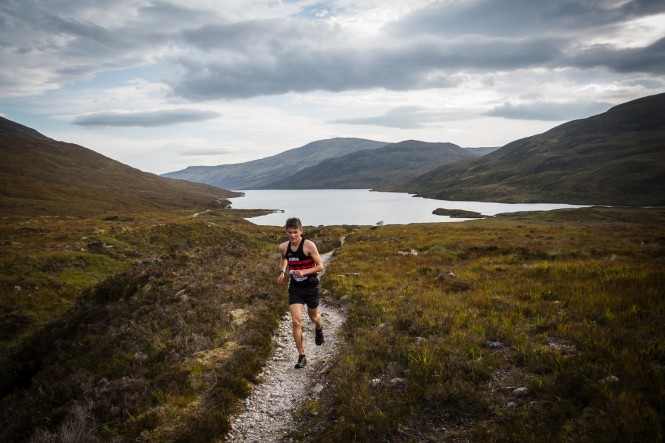 Plenty more to do!

There was a new programme of Skyline Sessions, too, with athletes and spectators alike taking the opportunity for a sit down in the event village to listen to a great line-up of speakers, including many who had taken part in the races, such as Holly Page, Ben Mounsey, Vic Wilkinson and Keri Wallace, as well as other legends of the mountains. 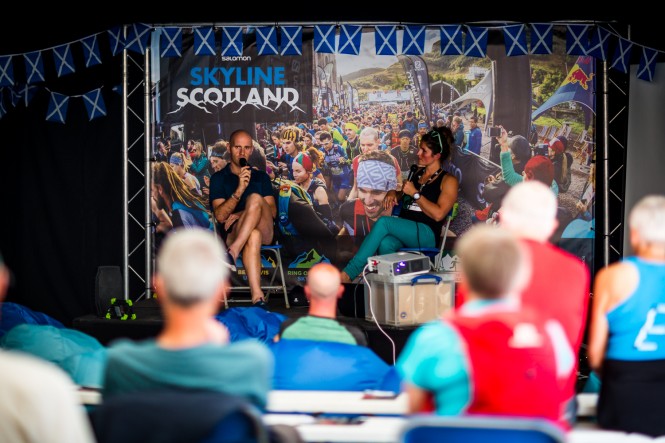 The Skyline Sessions ©No Limits Photography

Salomon Skyline Scotland also played host to a speaker and film night, an after party with a fun ceilidh and guided spectator walks.

There was plenty to do on and off the running field and the event village buzzed for the entire three days and nights. 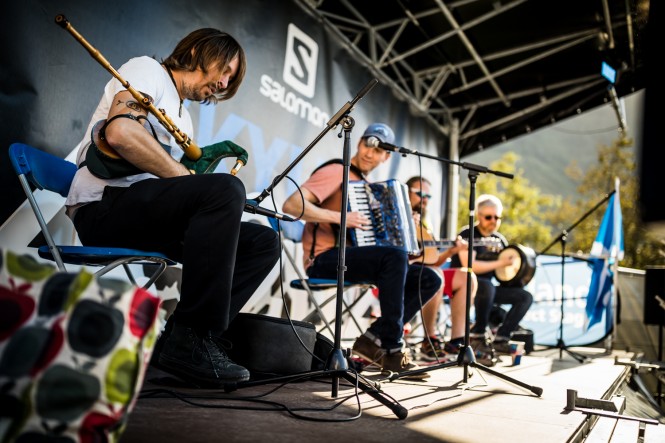 Shane said: "We enjoyed some amazing weather at Skyline Scotland 2019. These excellent conditions really showcased the best of Scotland."

"This year the event was bigger than ever before with a great festival atmosphere in the event village."

Dates for 2020 will be announced soon. Subscribe to our newsletter for all the latest news on the 2020 event! 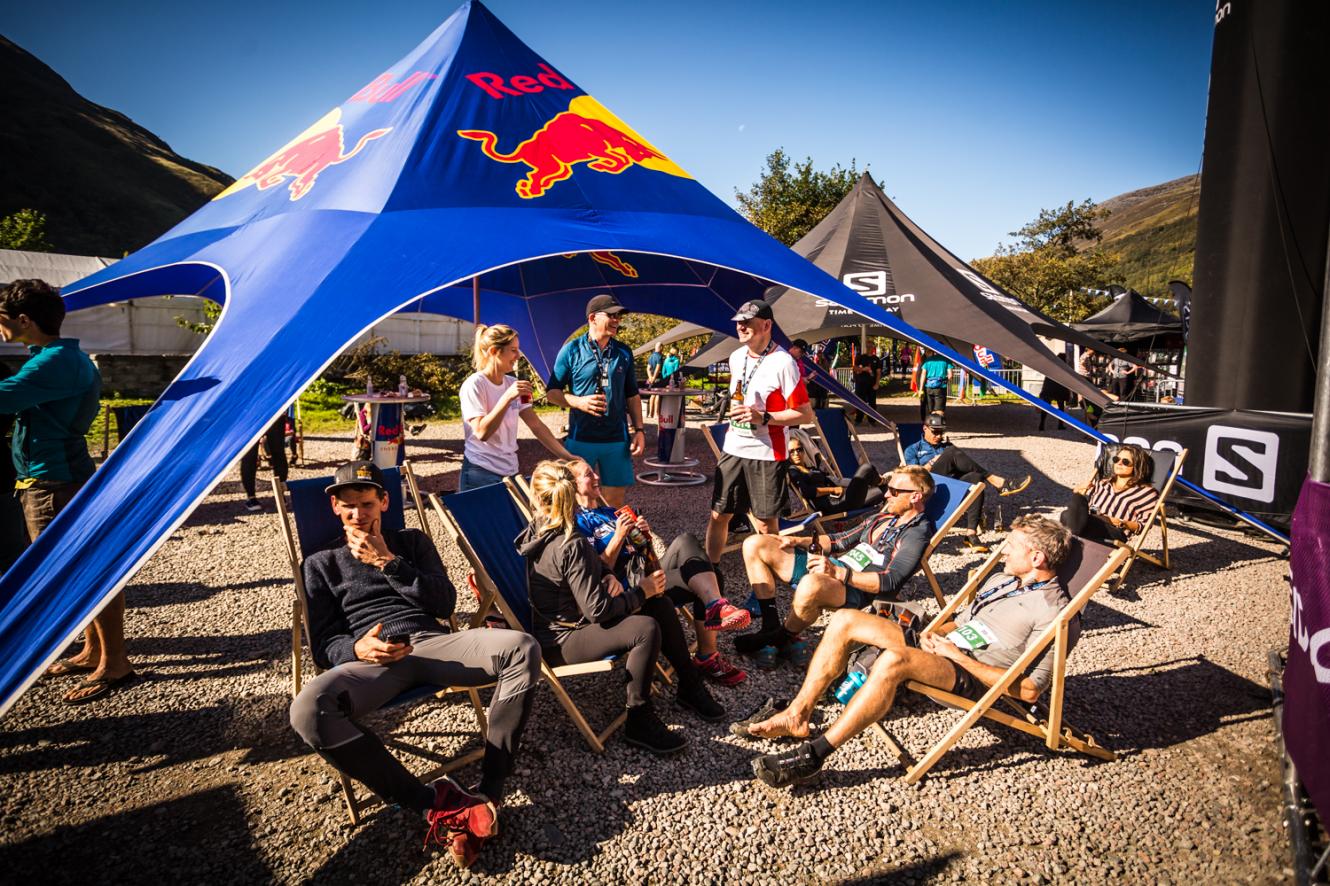 Chilling out in the Event Village ©No Limits Photography