CHAMONIX, FRANCE — If the racing that took place at Sunday’s Marathon du Mont Blanc is any indication, both the present and the future of trail running seem to be in very capable hands. In fact, the future may now be the present. 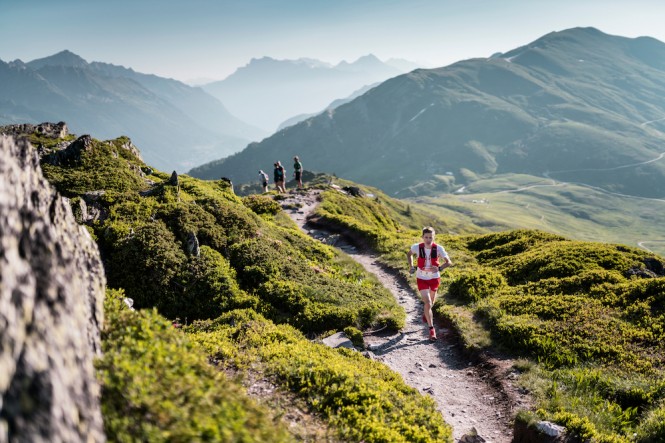 Going into the second stop of the 2019 Golden Trail World Series, it was no secret that both the men’s and women’s races were wide open affairs, and that made for a dramatic day of racing in the shadow of the Mont Blanc. When it was all said and done on a steamy day, it was 21-year-old Italian Davide Magnini (Team Salomon) winning the men’s race and Ruth Croft (Team Scott) winning the women’s race for the second consecutive year.

Magnini outlasted a few other talented, young runners over the second half of the race to win in 3:47:13, seven minutes and 13 seconds ahead of his countryman Nadir Maguet (Team La Sportiva) and nine minutes ahead of Poland’s Bartlomiej Przedwojewski (Team Salomon), who finished 3rd.

“I did not expect to finish the race,” said Magnini, who has been battling an injury that has prevented him from running more than 20kms this season. “I came here to enjoy this beautiful environment. I did my best on the first climb where I knew I could keep a good pace on the steep. Then when I reached the bottom of the downhill in Le Tour, I was able to change my rhythm and increase the pace, so I said to myself, ‘Well, you’ve done 30 kms so you have to try today.’ From there, it was the crowd and the amazing landscape that you have in front of you here that helped me keep running.”

On a day when runners battled the course, each other and the stifling heat, a few young stars took command of the men’s race after a fast early tempo set by American Andy Wacker (Team Nike). Wacker went out at what seemed like a suicidal pace, putting several minutes between himself and the rest of the pack in the early flat and fast stages. In the end, though, the pack chased down the rabbit. Wacker would hold on to finish 10th. 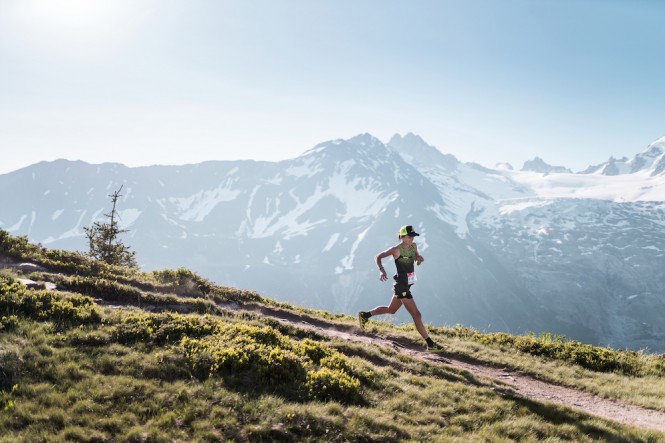 Ruth Croft showed in the women’s race that she is not just tough and talented, but savvy as well. She ran a tactical race, coping with the heat to win in come-from-behind fashion in 4:34:44. It made for back-to-back wins at the Marathon du Mont Blanc for the Kiwi, who also won the season-long Golden Trail World Series in 2018.

“It was a pretty hot day out there so I focused on getting to 30 kms at my pace and tried to push it from there,” Croft said following her victory. “I thought I was climbing pretty well and I thought I sued that to my advantage today.”

Croft was able to overtake Italy’s Silvia Rampazzo (Team Tornado) who ran a courageous race to finish 2nd, 3:13 behind Croft. They were joined on the podium by the relatively unknown Eli Anne Dvergsdal (Team Salomon), who isn’t likely to remain anonymous for long. It was the Norwegians second podium—after winning Zegama—in just her second marathon.

Croft will next lace up her shoes at the Dolomyths Sky Run in Italy, the third stop on the Golden Trail World Series on July 21.

Magnini was too excited to think about what will be next. He’ll take a few days to see how he feels, but said he is considering the Sierre-Zinal race in Switzerland, the fourth stop of the Golden Trail World Series in early August.

After two races, the Golden Trail World Series here is the leaderboard 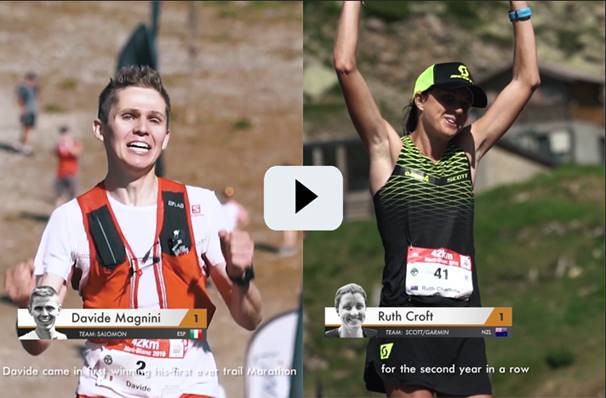 Here is a 2 MIN RECAP VIDEO of what happened in the shadow of the Mont-Blanc. Enjoy!